Home » Baby » Baby health » Baby Teething: What You Should Know About It 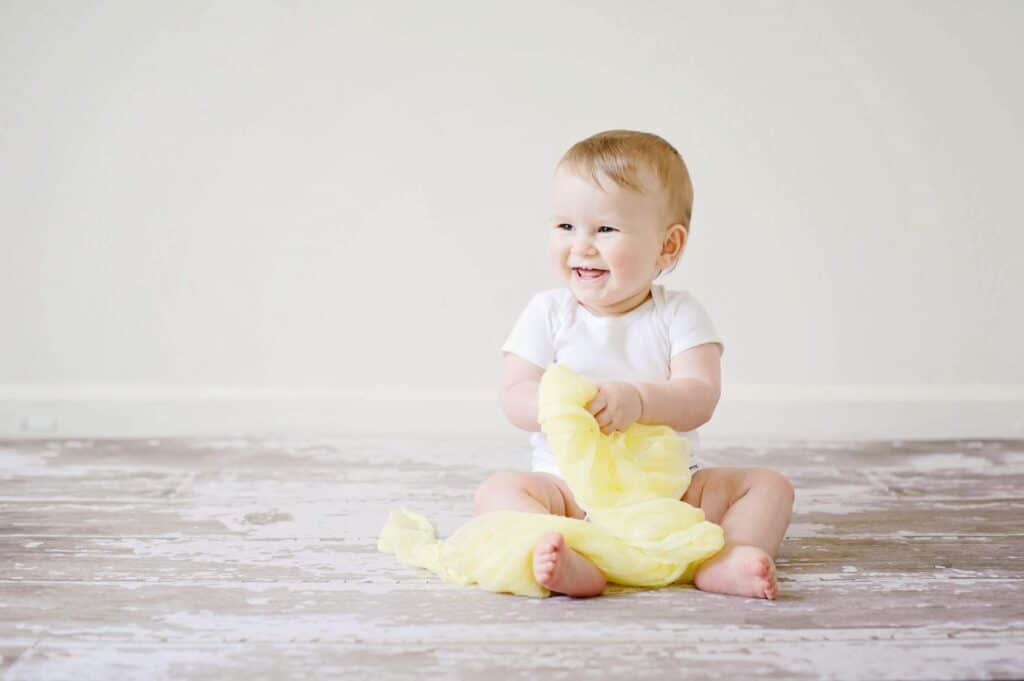 When babies start teething, it is often associated with unpleasant pain. Learn everything you need to know about teething in babies in this article.

When Do Babies Start Teething?

Most babies get their first teeth at around four to seven months. The first tooth that becomes noticeable is the incisor. Some children teethe without any symptoms. In other cases, there are clear signs that milk teeth are about to erupt. These include drooling, for example.

Symptoms: How To Recognize That Your Baby Is Teething

Baby’s first teething is often associated with unpleasant pain. In addition, some parents associate this with, among other things, diarrhea, vomiting or fever with their baby’s teething.

Also interesting:
Screening U1 To U5: What Is Done?

However, teething with these symptoms has never really been scientifically proven. Here are some other symptoms you can use to recognize that your baby is teething.

Baby Teething: This Is The Order In Which Your Baby’s First Teeth Emerge

The milk teeth are already in your baby’s jawbone before birth. On average, they start to grow at the age of six months. In most babies, the middle incisors of the lower jaw are the first to appear. The upper incisor follows closely and then the lateral incisor makes itself known. Canines and molars come last. Your baby’s milk teeth are not complete until between the 20th and 30th month.

This Is How You Can Support Your Baby During Teething

As you already know, uncomfortable pain can occur during teething. Find out everything about teething and how you can support your baby during this time.

Also interesting:
Your Baby Is Gasping, What To Do Now?

Teething rings are a great aid during teething. The pressure gently massages your baby’s gums. In addition, your baby is distracted by the chewing of the teething ring and is not constantly focused on the pain.

In order to cool the irritated gums optimally, you can, for example, take a spoon from the freezer or teething rings with so-called cooling elements.

Anti-inflammatory or pain-relieving teas are great for supporting your baby during teething. Here you can use the well-known sage tea.

To relieve your baby’s pain during teething, massaging the gums can help. You can use your finger or so-called baby teething finger cots for this. Massages stimulate blood circulation and thus relieve the pain that occurs during teething.

Your Baby Is Teething: Conclusion

The eruption of the first teeth can be very difficult for some babies. As you already know, your baby is in pain during this time, which can lead to irritable behavior or restlessness.

Also interesting:
What You Absolutely Need To Know About Your Baby's Milk Teeth

In this article, you have also learned that there are consistent signs that can tell you that your baby is starting to teethe. You also know that you can support your baby during this time. For example, you can use a teething ring or anti-inflammatory teas that also have a pain-relieving effect.

Causes And Treatment – These Are Common Skin Diseases In Babies
Wooden Toys For The Baby: What You Should Know About Them 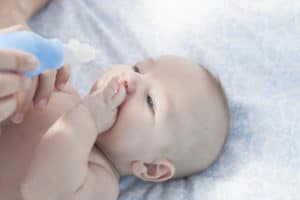 Constipated Nose In The Baby: How You Can Relieve The Breathing Difficulties