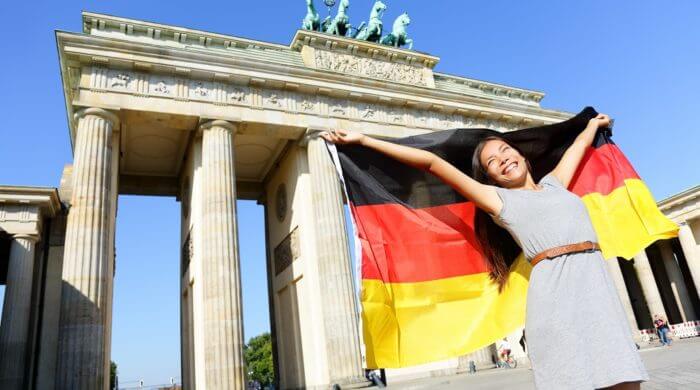 Last Saturday the Germans celebrated the Day of German Unity. It was 25 years ago that 2 countries became one. On October 3, 1990, the Federal Republic of Germany became much bigger and the German Democratic Republic ceased to exist. Time to look back on the history of the German division.

When Germany lost the war, it was occupied by the victors. England, France, the USA and Russia divided Germany among themselves and each of them had its own so-called occupation zone. In the years after the war, each zone thought about how to proceed with defeated Germany and so the three occupation zones of the English, French and the USA joined together and since Russia did not want to cooperate with the other victors, the Federal Republic of Germany(FRG) was created on the territory of the three and the German Democratic Republic(GDR) on the territory of Russia. Suddenly there were 2 German states and every effort to make it one Germany again failed.

The antagonism between the USA and Russia grew and soon they did not talk to each other at all. Then, in 1961, Russia began to build a wall across the city of Berlin: The beginning of the German division. Soon Germans in the FRG could no longer visit their relatives in the GDR, and vice versa. In the GDR, people were monitored and you were no longer allowed to speak your mind freely.

It was not until 1989 that the Wall fell. Many people in the GDR and also in the FRG wanted to belong together again as one people in one state. First, the border was opened and people could freely enter and leave the country. Less than a year later, on October 3, 1990, 2 German states became one again, after Germany and the 4 former East German states signed the Victorious powers signed the treaty of German unity. And this is what the Germans celebrate every year on October 3 again and again.

The Federal Republic of Germany (FRG) has existed since 1949 and became larger after 1990 when the territory of the GDR was added.

The German Democratic Republic (DDR)n existed from 1949 to 1990. It included the territory of the Russian occupation zone after World War II and merged with the FRG after the Treaty of German Unity.

The countries that had fought against Germany in the 2nd World War are called Victorious powers. They divided Germany into 4 occupation zones after the war.