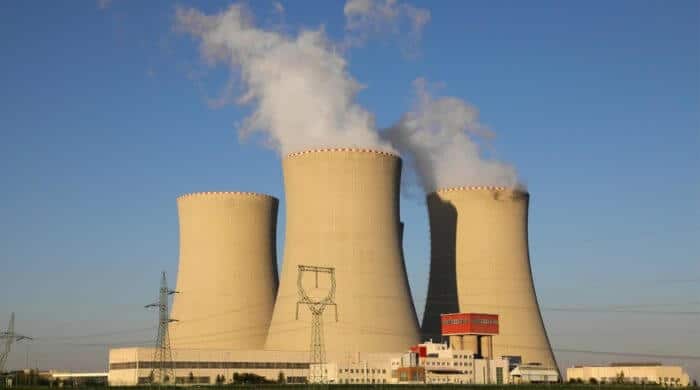 The search for a suitable Nuclear waste repository is more difficult and expensive than previously thought. The head of the Final repository search commission Müller warns that costs will rise to at least 50 to 70 billion euros over the next few decades. The people of Germany will probably still have to pay a lot of money for the storage and expansion of the final repository a hundred years from now.

The Problem With Radiating Nuclear Waste

We need electricity every day. For our hot water, for the stove, the stereo, the TV, the washing machine, the lamps, and many other things. In Germany, a lot of electricity is generated by plants that are Nuclear power plants called. A nuclear power plant produces a lot of electricity. Electricity is also needed in Germany to supply the small houses and also the big industrial plants. Until a few years ago, nuclear power was the cleanest of all ways to generate electricity. Until then, the only alternatives were Coal-fired power plants which produced lots of exhaust gases that are poison for the environment and our atmosphere. Today there are other, really clean ways of generating electricity Wind and solar energy. However, so far, these are not enough to meet our needs for electricity. In a nuclear power plant, electricity is Nuclear fission generated. Every substance on earth consists of very small particles that have an inner core (the atomic nucleus) and this is split in the power plant. This process releases huge amounts of energy, which in turn is used as electricity. The problem is that the fuel rods from a nuclear power plant, when they are burned out, continue to radiate for hundreds of years radioactive and this “waste” must be contained somewhere because it is very dangerous to humans. Radioactive radiating material can Cancer and even kill them.

The Difficult Search For A Final Repository

Until now, it had always been hoped that a salt mine in Gorleben could be used as a final repository. However, since it has been known that the radiating nuclear waste cannot be safely stored there because otherwise, the radiation would seep into the ground and thus into the water we drink, a repository search commission has been looking for another suitable site for a nuclear waste repository. This is very difficult because there is no final repository in the whole world yet, so there are only interim storage facilities where the waste can stay for a while, but not forever. And if you do find a place eventually, you have to make it so safe that the waste never gets back out. And that costs money – a lot of money. It will take more than a hundred years to get to that point. The rest of the world still sees nuclear energy as the energy of the future. Only Germany wants to get out of this dangerously radiating energy completely in order to protect the environment. Perhaps we should trust in research that will eventually be able to recycle the waste – just as with plastic waste.

A nuclear waste repository is a place where radioactive material can be stored forever. So far, there is no real repository in the world, only temporary ones.

The Final Repository Search Commission began searching for a final repository in 2014. It is made up of 33 people from politics and research who are supposed to come up with results by 2016. A suitable repository should then be found by 2031.

In a nuclear power plant, a lot of electricity is generated by splitting an atomic nucleus. In the process, radioactive material is released, which is very harmful to humans; “nuclear waste” is produced.

A coal-fired power plant generates electricity by burning coal. However, this is associated with high costs and even higher pollutant emissions.

Wind and solar energy are also called “renewable energies” and are possible without pollutant emissions. They are considered to be the energies of the future, even though they will probably not be able to cover the entire energy needs of a country like Germany in the future.

Nuclear fission is the common process for generating energy in a nuclear power plant.

Radioactive substances are substances that emit radiation that is harmful to humans. This is invisible, but can even be lethal.

Cancer is the name given to a disease in which the body forms cells that make it sick and which can very often lead to death.