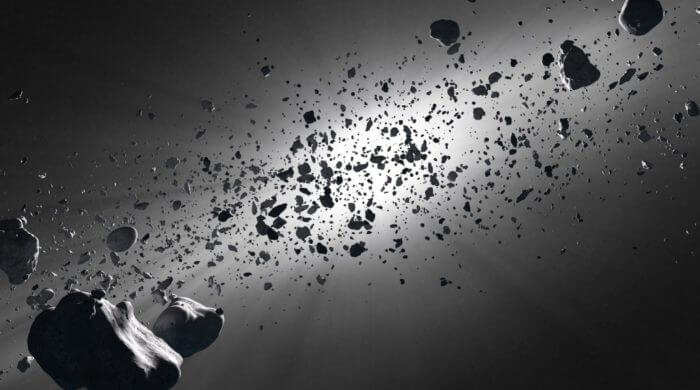 The Dawn spacecraft has arrived at its destination, delivering spectacular images of Ceres. The Dwarf planet asteroid, which is located in the Asteroid belt has a few peculiarities that the spacecraft NASA wants to investigate in more detail, and hopefully, it will be able to gain knowledge about our Solar system collect.

The Long Journey Of “Dawn” Through Space

“Dawn”(pronounced: “Dooaan”) is a space probe of the American space agency NASA. It was launched back in 2007 and embarked on a long journey through space to explore the Asteroids Vesta and to study the dwarf planet Ceres. In 2011, the probe reached Vesta, which it orbited for nearly a year. In 2012, it continued on to the dwarf planet Ceres, which it has now reached. On its long journey, “Dawn” even passed Mars and picked up momentum for the rest of the trip as it flew by. NASA estimates the total cost of building the spacecraft at just under 360 million dollars.

“Dawn” has been in the vicinity of Ceres since the beginning of March. However, the probe initially kept a strong distance to the dwarf planet and only slowly came closer piece by piece. So far, “Dawn” has taken images, which will create a map of Ceres’ surface. Ceres is the largest object in the asteroid belt and was discovered in 1801. For a long time the dwarf planet was called an asteroid, but today it is counted among the group of dwarf planets. Now the probe is to move ever closer to the dwarf planet by the end of 2015 in order to be able to examine the surface better. Ceres has a very special conspicuous feature: there are several white spots on its surface. Scientists are not sure what they are. It could be frozen water or ice, or it could be a salt deposit. Whatever it is, that’s exactly what “Dawn” is supposed to find out.

Also interesting:
How Your Eating Habits Can Protect The Planet

A Dwarf planet is not a full planet. It is much smaller than the planets of our solar system and because of its small size, it has no atmosphere.

The Asteroid Belt is a collection of many rocks, called asteroids, located between Mars and Jupiter. So far, almost 600,000 objects are known to exist in the asteroid belt.

Our Solar system consists of 8 planets: Mercury, Venus, Earth, Mars, Jupiter, Saturn, Uranus, and Neptune. In former times also Pluto was called a planet, but because of its small size, it was counted to the dwarf planets in the meantime. Besides the planets and the dwarf planets and asteroids, there is still the sun, the star in our solar system, around which everything orbits.

Also interesting:
The Wacken Open Air Sinks In The Mud

An Asteroid is a large lump of rock that moves on a fixed orbit through the solar system. Some asteroids are so big that they can become a danger for the earth if they would leave their fixed orbit by a collision with another asteroid and would fall on the earth. 65 million years ago, such an asteroid caused the extinction of the dinosaurs.