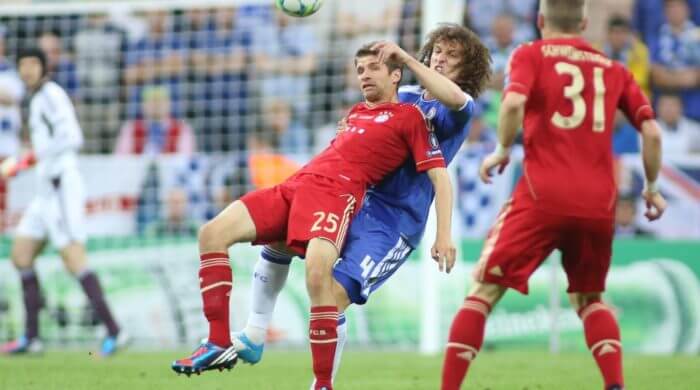 HSV is still alive after all, Bayern still knows its famous Dusel and the fastest goal in Bundesliga history: The 2nd matchday of the Bundesliga had it all. And by the way, Borussia Dortmund is the new league leader.

In Friday’s matchday 2 game between Hertha BSC and Werder Bremen, a committed Hanseatic team came to a 1-1 draw, showing for the first time this season that they can play soccer after all. Hertha was superior on the field, but clever Bremen was able to use inconsistencies in the Berlin defense well to create chances.

Saturday: The Conference Brings The Fastest Goal In Bundesliga History

Saturday’s conference was marked by many draws: Schalke-Darmstadt, Frankfurt-Augsburg, and Köln-Wolfsburg all ended 1-1, with the cheeky Cologne side, in particular, having an astonishing number of chances against runners-up Wolfsburg, who could only convince with their individual class on the offensive. Leverkusen also deserved to win 0-1 in Hannover, but the two most exciting games were played in Hamburg and Hoffenheim: HSV initially presented a desolate performance at home against Stuttgart and everything looked like an away win for VfB for a long time. But in the final minutes before the final whistle, HSV turned a 1-2 into a 3-2 home victory and proved that it was still alive after all. Bayern in Hoffenheim was probably even more shocked, as Hoffenheim took the lead after just 9 seconds – the fastest goal in Bundesliga history. In the end, however, Bayern turned the game around and ultimately won 1-2 in Hoffenheim.

Also interesting:
Calculating With Your Fingers Can Help

Sunday: Strong Dortmund Take The Lead In The Standings

In the two Sunday games, Gladbach and Mainz drew 1-2 and Dortmund deservedly won 0-4 at promoted Ingolstadt. Dortmund thus also took the lead in the standings. Dortmund, Bayern, and Leverkusen are now at the top with 6 points each, while Hoffenheim, Stuttgart, and Gladbach are still without points.