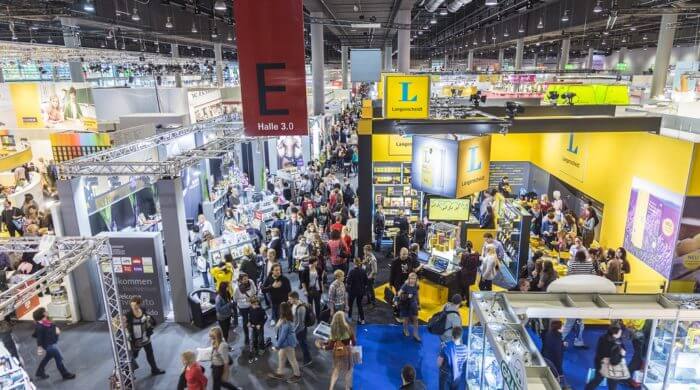 From October 14-18, the Frankfurt Book Fair opened its doors once again. Thereby the Publishers from all over the world presented their new publications to the public and this year they did so increasingly in a new way: The 2015 Book Fair was all about digital Education.

The Frankfurt Book Fair has a long tradition. Already about 500 years ago there were book fairs in Frankfurt and all these years Frankfurt remained as the book city of Europe. The Frankfurt Book Fair as it is known today has existed since 1949. It was founded by the Börsenverein des deutschen Buchhandels. This association also awards the Peace Prize of the German Book Trade every year to a writer who is committed to peace in the world. This year, around 275,000 people came to the Frankfurt Book Fair.

Digital Education Is On The Rise

There were some special features at the book fair this year. In addition to the large booths of the major publishers, there were also many booths that were also E-books and e-readers specialized. And another trend seems to be spreading more and more: The so-called “self-publishing”, that is, when authors publish their books themselves and do not have them distributed by a publisher, but do it themselves. Although the stands of self-publishers were still quite small, it seems that their number is growing steadily. Because if you self-publish your books, the publisher doesn’t tell you what to put in them, and you also earn more money per book sold, because otherwise a lot of the money you earn for a book goes to the publisher, not to the writer.

Publishers are companies that publish books by writers. They do the work that comes after the book is written: they have the book printed, put it on the market, and promote it.

Digital means that something exists only electronically. Digital media, for example, are websites of newspapers and magazines. So there is no paper on which something digital is printed, but you can only find it in electronic form.