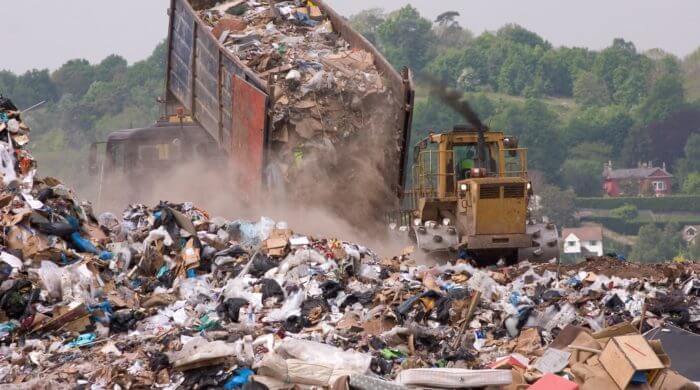 Have you ever heard of the so-called dumpster divers or “Dumpster Divers”? These are people who get the food for their daily diet from dumpsters. So they eat things that others have thrown away. At first, that sounds disgusting and illogical. Why would anyone do that? If you read on, you’ll be surprised at how plausible the reasons are for dumpster diving behavior.

What Is Dumpster Diving?

Every day, vast amounts of food are discarded. Large supermarkets throw away those goods that have passed the best-before date. But even bread from the day before, which would actually still be edible, is thrown away en masse. A large part of this food is completely undamaged and could be consumed without hesitation. Why is this done?

The supermarket chains believe that consumers no longer want to buy this food. Nobody talks about the fact that many people would be happy about reduced goods with small blemishes.

While many people are starving and have no money to go shopping, elsewhere perfectly good products are simply thrown away.

Because this represents an unbelievable waste, there are now groups that are engaged in a kind of silent protest against this: the garbage divers. They raid the large waste containers of the supermarket chains and take everything with them that is intact and edible. They keep part of it for themselves. The rest is donated to people who have too little money. This way, everyone gets something out of it and the food doesn’t rot unused in the dumpsters.

Garbage divers engage in this activity for a variety of reasons. While some have very little money at their disposal and want to save their own wallet a little, others do it out of idealism. Idealism means that one pursues a certain attitude (ideal) and wants to put an idea into practice.

Many garbage divers are angry about the fact that worldwide hunger still cannot be eliminated, although here in Europe we live in such abundance that we can simply throw away a large part of our food.

Others don’t think it’s fair to the environment to throw away unused food that has already taken a lot of water and energy to produce. They think that we should make the best possible use of nature’s resources so that no one lacks anything. They are right, of course. For on the one hand, we want to produce more and more by spraying our fields with poison against pests and cramming far too many animals together in a confined space. On the other hand, we already have so much that we don’t really need much of it.

There are now even garbage divers who try to get by without any money at all. They live exclusively on what others would throw away and help together when someone needs something.

By the way, most of the garbage divers eat a vegan diet. This is not only healthy, but also necessary. Because it would be too dangerous to eat discarded animal products. Fruits, vegetables, etc. are much safer.

Strictly speaking, the containers and thus their contents are the property of the store operator. Therefore, according to the law, you are not allowed to “steal” food from the containers. That is why garbage divers go in search of food when, if possible, no one is on the streets. Because if you get caught, it can get pretty nasty. If the containers are on the supermarket’s premises, you are not only liable to prosecution for theft, but can even be charged with trespassing.

Why Do We Throw So Much Away?

Even in private households, more ends up in the garbage can than is necessary. Although we always try to save when shopping, on the other hand we constantly throw away food. Why?

Most people are so overwhelmed by the oversupply in the supermarkets that they buy too much. Among other things, food that is not really needed ends up in the shopping cart. This means that it doesn’t take long for people to lose track of their food stocks at home. The package of cheese in the farthest corner of the refrigerator is eventually forgotten until it makes itself known due to unpleasant odors and has to be disposed of. In the meantime, its owner may have even bought a new pack several times without using up the older cheese first. Situations like the one just described are commonplace in European households.

If there are special offers and discounts, we tend to prefer to take a little more. Hardly anyone can say no when there is a 2+1 free promotion on an item. After all, it is just so cheap and you never know if you could use this and that once. If it’s a drugstore item or other non-food items, then that’s not so bad. With food, however, you should always ask yourself: “Will I use this up or is it likely that it will end up in the trash?

To avoid excessive shopping, never go to the supermarket without a shopping list. Then it’s best to stick to exactly what you’ve written down. Because you really need these things, while spontaneous purchases are rarely free, but mostly for the cat.

It’s easier to throw less away if you have a few cooking tricks up your sleeve. Mom and Grandma know: The ever-unpopular leftover casserole, a hearty grenadier march or the like actually taste great and help keep food expenses lower.

Meanwhile, there are dedicated leftovers cookbooks where you can find many of these tricks. Basically, it’s helpful to develop some awareness that you should use up food as quickly as possible before you buy loads of it again and the rest goes moldy in the meantime. Always ask yourself with quickly perishable foods, “How long has this been sitting around? What else could I make with it?”.

1) Explain the difficult words in the text.

2) Why do we throw away so much? Explain how it is that so much food ends up in the trash.

3) What do trash divers have to watch out for? What problems do they encounter?