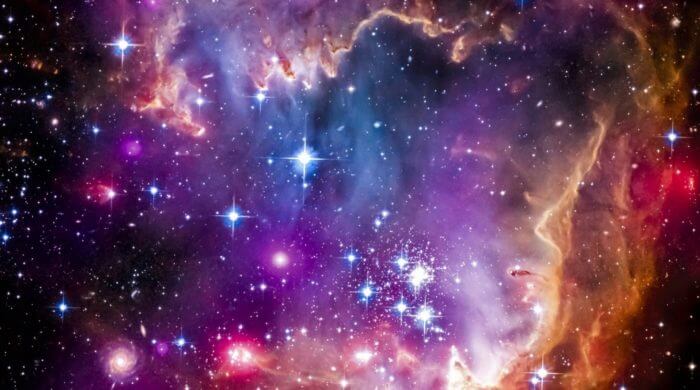 Since 1990, the Hubble (pronounced “habbel”) has been hovering high above the Earth in space, providing breathtaking images of our Universe. However, the first images were disappointing and people thought the NASA Hubble Space Telescope would be a failure. Today we know better because the Hubbel (named after the astronomer Edwin Hubbel) has decisively changed our picture of the universe and has provided us with great photos from the far ends of our and other Galaxies provided. On Friday, the Hubbel turns 25- congratulations.

In The Beginning, There Were Only Blurred Images From The Hubble Space Telescope

When the Hubble was launched on April 24, 1990, into the Orbit the earth, the expectations were enormous. No Telescope on earth can look so far into space and take such clear pictures as the Hubble. This is mainly due to the ambient light of the terrestrial telescopes and the atmosphere of the Earth, which clouds the images. The Hubble floats in space and there is no air, no light (except that from Stars like our sun), and nothing else that could cloud the images. When the Hubble began operating after being released into space, it provided only blurry images. It quickly became clear that this was due to a mirrored flaw in the telescope’s lens. It was not until three years later that the Hubble was repaired in space and the images that followed were spectacular.

Even The Darkness Of Infinity Becomes Visible

Humans can see only a portion of light with their eyes. The visible range of light moves centrally between the ultraviolet Area of light and the infrared Area. Unfortunately, you cannot see these two areas with your eyes, but the Hubbel Space Telescope can. And so the Hubble can show us images from regions of the universe that are so dark that you can’t actually see anything there, but in the ultraviolet and infrared regions, you can see something. The Hubble’s images of other galaxies are images of colorful star clusters and hundreds of stars and what are probably thousands of planets orbiting. The Hubble was originally only supposed to work for 10 years, but it is valiantly holding the fort after 25 years. It will probably be replaced in 2018 by the James Webb Space Telescope will replace it.

The universe is the totality of all galaxies, stars, and planets and the empty space in between. Other terms for it are “universe”, “space” or just “space”.

Also interesting:
Recycled Plastic To Be Turned Into Paving Stones

NASA is the American space agency. Just like ESA in Europe, NASA organizes and plans trips into space with and without humans and builds the rockets and spacecraft that make these trips into space possible. It also builds satellites and space stations.

A galaxy is a group of stars that are held together by mutual attraction ( called “gravity”). In a galaxy, there are billions of stars, around which in turn revolve a hundred billion planets (such as the Earth). In addition, there are rocks (asteroids) and gas nebulae floating around in a galaxy.

An orbit is a fixed, circular path around the Earth at a relatively constant distance. All space stations and satellites have a fixed orbit.

A telescope is a telescope with which one can look into space.

A star is an extremely heavy object in which hydrogen is burned to helium, like our sun, which is also a star. When everything is burned, the sun inflates again and destroys most of the planets around it, including the earth. But this will happen only in 4.5 billion years.