Home > Child > Kids news > The Interaction Of Our Senses 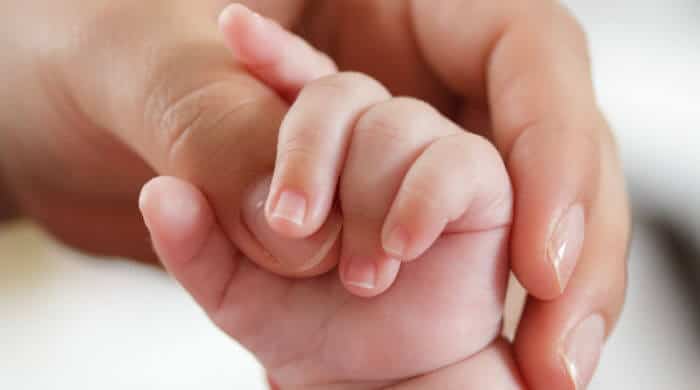 Perception is an experience that our senses provide us with. We orient ourselves in the world by means of hearing, smelling, touching, feeling and seeing. The sense of sight provides us with the majority of the information. All other senses, with the exception of touch, remain subordinate to it. Nevertheless, the sense of sight does not develop until a few weeks after birth. Only after the senses of touch and hearing are developed does a child learn to distinguish its environment with its eyes.

From the spectrum of visible light, the human being can then distinguish about 150 color tones and combines countless color sensations from them. This is an important process, because it enables the child to distinguish dangerous things from “harmless” ones. In this process, it is the eye’s job to convert the waves of light into a pattern of nerve impulses that are transmitted to the brain. Thus, the object first reaches the primary visual cortex, where the nerve cells respond preferentially to edges and contours, i.e. to transitions between light and dark. Then the information is processed in parallel in the brain: One processing pathway takes care of “where you see something,” that is, the position of an object. Almost synchronously, another processing pathway takes care of “what you see”. Here, our brain analyzes shape, color, movement, among other things, and compares it with the stored experiences. In fractions of a second, the relevant information is available. However, it is still completely unclear how the brain combines the different features.

Senses are our window to the world

Although our sense of sight is most important for perception and orientation, our ear is more sensitive, more precise and more powerful, because this is where most of the sensory cells are located. The sense of hearing is already fully developed and functional five months before we are born. It is the one with the greatest dynamic range. The sound intensity of a tone at the pain threshold is a trillion times higher than that of a tone at the perception threshold. And yet only two percent of sound reaches the inner ear and can be heard. Our hearing responds to sound waves that reach the ear via the sound-collecting pinna and then travel through the ear canal to the tiny eardrum. This membrane begins to vibrate and transmits the impulse through several stations to the finest hair cells, which transmit the nerve impulse to the auditory nerve. The incoming information is then processed in the oldest part of the brain, the brain stem, and analyzed in the youngest part, the neocortex, where the sound information meets other sensory impressions. Now the brain knows what what it has received means.

But it is only from the neuronal interaction of the sensory perceptions that the brain generates a meaningful picture of our surroundings. The interaction between our tongue and the olfactory center is very important. Because most of the sensations that we think of as tastes are actually smells. Even infants pick up their mother’s scent and store the memory of it forever. Since time immemorial, humans have ensured their survival through the sense of smell: they were able to flee when they sensed danger. We are able to distinguish about 10,000 different smells. And only the sense of smell has a direct line to the brain. The smell of roses, for example, not only penetrates the body through the nose, but even directly into the part of our brain where our emotional memories are at home. Here, the incoming impulses immediately generate feelings. Depending on the smell, escape, disgust or joy is then signaled. While all this is happening, the olfactory brain also sends impulses to the seat of memories. Here, the scent awakens associations: for example, childhood, unpleasant encounters or love. In the process, the sensations arise from the interaction of the senses. Only our brain assembles the fireworks of neurons – seeing, smelling, hearing, tasting and touching – into a whole that makes sense to us.

Also interesting:
What Children Should Know About Kissing

We already touch in the womb

The sense of touch is the first sense with which humans perceive their environment even before birth. Touching also becomes the discovery of our first feelings. In fact, the sense of touch is a built-in reflex. Receptors in the skin convert the mechanical stimulus back into electrical impulses, which then travel to a part of the cerebral cortex called the cortex. Here, the control center processes touch, vibration, temperature and, to some extent, pain. To avoid overloading, habitual processes are regulated automatically. When playing the violin, for example, our brain triggers muscle movements or temperature regulation, the latter of which happens via the largest sensory organ, the skin. Humans differ from other creatures by the combination of their senses. With the help of perception, memory and evaluation, he puts them together to form a sense.