Home > Desire to have children > Fertility > The Life-giving Miracle Of The Umbilical Cord: What You Should Know About It 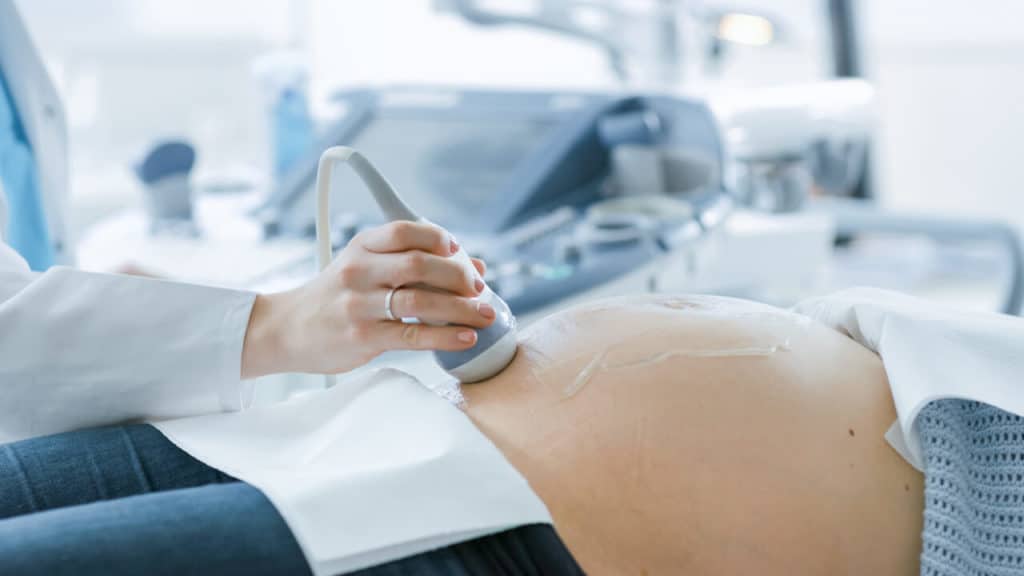 The umbilical cord is the vital connection of an embryo or fetus to the placenta. Blood enriched with oxygen and nutrients flows through it, which ensures the survival of the unborn child and which it needs for healthy development.

Conversely, this extremely stable and flexible tube transports harmful substances and waste products away from the child’s body into the maternal system. Find out everything you need to know about the umbilical cord here.

What Exactly Is The Umbilical Cord?

The umbilical cord (Latin: funiculus umbilicalis) is a connective tissue-like connecting tube between the unborn child and the placenta. It ensures an uninterrupted supply of oxygen and nutrients to the child as well as the continuous removal of waste products such as carbon dioxide.

How Is The Umbilical Cord Structured And What Are Its Functions?

The umbilical cord is about 50cm long and about 2cm thick for term birth. It consists of gelatinous connective tissue, which is extremely strong, tear-resistant, and flexible. The tissue is composed of collagens, fibroblasts, and many hyaluronic. This ensures that the tube cannot be damaged in the womb.

Surrounding the umbilical cord is the egg skin, also called sheepskin or amnion. This transparent, very thin skin is formed in the early stages of pregnancy and surrounds the entire amniotic cavity with the baby.

Also interesting:
What You Always Wanted To Know About The Amniotic Sac

At the beginning, the umbilical cord carries four blood vessels, one of which regresses already about four weeks after fertilization. Three vessels remain:

Its structure is not affected by the position of the placenta, which means that the umbilical cord is formed and works normally even in the case of an anterior wall placenta, for example.

As everywhere in life, there are sometimes outliers in the formation of the umbilical cord. For example, the umbilical cord may be unusually long or short. If it is very long, it increases the risk of tangles or bruising and thus life-threatening strangulation of the embryo/fetus from the placental supply.

On the other hand, if it is very short, the musculature or nervous system may be damaged and fetal movements may be weakened.

There is also the possibility of malformation: for example, in rare cases (about 1% of all pregnancies), there may be only two blood vessels instead of three, namely only one umbilical artery and one umbilical vein. This increases the likelihood of malformations of the child due to the poorer supply.

A special location of the placenta, such as an anterior wall placenta, first causes concern for the expectant mother. However, pregnant women can be unconcerned as long as the placenta is not too close to the cervix or even completely above it.

This would cause the placenta to detach prematurely due to pressure from above, heavy bleeding to develop, or a natural birth to become impossible due to the barrier. However, these dangers do not exist with an anterior wall placenta or posterior wall placenta. The functionality of the umbilical cord is also not restricted in any way.

Also interesting:
Infertility: What Are The Causes Of Infertility In Women?

The Umbilical Cord At Birth

The Cord From The Mother

After a baby is born, the need for the umbilical cord no longer continues. The infant can now breathe on its own and take in its nutrients through the breast or bottle.

Thus, the umbilical cord can be cut immediately after birth. This is done completely painlessly for mother and child, as the umbilical cord does not carry any nerve vessels. The remainder of the umbilical cord, which is still attached to the child’s abdomen, remains clamped and sterilely cared for. After a few days, the remnant also falls off by itself and what remains is the belly button.

Today, in many clinics, the umbilical cord is left attached to the baby for a while so that it can pulsate out and transport the last valuable substances to the child. The main concern here is the baby’s iron stores, because iron is only passed on to a limited extent via breast milk.

It is also now common for the child’s father, who is present, to be allowed to perform the cutting, if it is desired. A special method of cutting the cord is the so-called lotus birth. In this, the child is left attached to the umbilical cord until it falls off on its own.

This usually happens after about a week.

In some cases, the umbilical cord is involved in risky complications that require immediate intervention by medical personnel. These incidents include:

This complication is comparatively common, occurring in two out of teen pregnancies. It involves the umbilical cord wrapping around one or more parts of the baby’s body. This can happen prenatally (before birth) or perinatally (during birth).

It can be diagnosed by Doppler ultrasonography and a drop in the fetal heart rate is also possible in CTG (cardiotocography). However, umbilical cord entanglement rarely ends fatally for the unborn child.

Also interesting:
Pregnant At 50: The Risks And Opportunities Of Late Pregnancy

A knot in the umbilical cord can develop during pregnancy. The more space the baby has in the womb and the more active he or she is, the more likely it is that a knot will form.

This is very rare, with a probability of about 1%. Here, too, the child may suffer from a reduced supply of blood and, in the worst case, death. A lump can only be diagnosed after birth.

If during birth the umbilical cord lies in front of the cervix, the baby is pressed onto its own blood supply by the contractions. Due to the immense pressure of the labor causing birth, the umbilical cord is squeezed and the baby becomes dangerously undersupplied, as can be seen on the CTG.

This is a very serious complication and must be bypassed by immediate emergency cesarean section. Such an incident occurs only about 0.3% of the time and is therefore very rare. The risk increases, for example, in the case of a deep-seated anterior placenta due to the close proximity of the umbilical cord to the cervix.

This reduces downward pressure and any umbilical cord that may have slipped in front of it is not squeezed as much. In the case of a deep-seated anterior wall placenta, there is an additional risk of placental rupture and associated significant blood loss for the mother.

Incredible Facts About The Umbilical Cord

And now here are some incredible facts that prove just how fantastic the umbilical cord is.

The Umbilical Cord Gives Life – But Not Only In The Womb

In the late 1970s, it was first recognized that there are stem cells in the blood of the umbilical cord that has the ability to form blood. In the 1980s, these stem cells were used therapeutically for the first time.

Also interesting:
No Ovulation: This Is What You Should Know If You Do Not Want To Have Children

Since then, medical progress in this field has been rapid and many institutions offer parents the opportunity to collect and store umbilical cord blood after birth. This blood, along with the stem cells, can later be used to treat any illness the child or a relative may have or donated to the public stem cell donor registry or to research.

The Umbilical Cord Keeps Baby Entertained In The Womb

From the third month of pregnancy, the fetus begins to scan its surroundings with its hands, feet and mouth. Of course, it also gets its own umbilical cord between its fingers.

Sonographically, it can be observed that the unborn child plays with its umbilical cord and thus trains its motor skills. This is essential for brain development.

The umbilical cord leaves the first scar on the baby after its last remnant has fallen off: the belly button. We all share the same scar, yet each belly button is unique.

The Umbilical Cord Grows When Baby Wants It To

The more and the more vigorously a baby moves in the womb, the more the umbilical cord grows with it to ensure continued freedom of movement.

A True Miracle Of Nature

The umbilical cord is responsible for our development and survival in a mom’s womb. It does incredible things during the months of pregnancy: it supplies the baby with all the important substances, it diverts waste products away from the baby, it is absolutely robust and flexible. 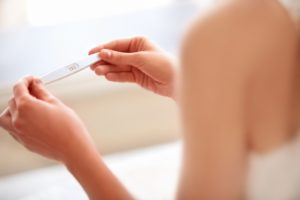 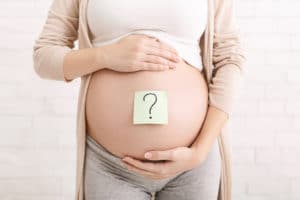 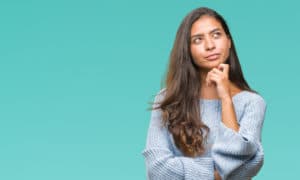