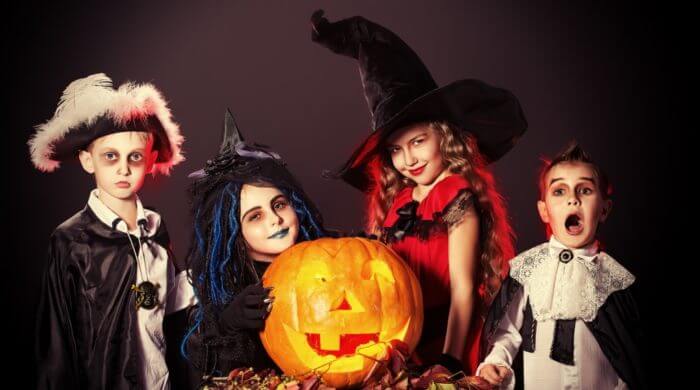 Monsters, witches, and vampires. Every year on October 31, we dress up as creepy creatures and parade around the houses. But where does this custom come from anyway? Since Halloween is not only celebrated in the USA, but now also in Germany, it is time to explore the origins of Halloween.

The History Of Halloween

The origin lies far in the past, namely in the time of the Celts, who lived many hundreds of years ago, especially in what is now Great Britain. The Celts traditionally celebrated the beginning of winter on the night of the eleventh full moon of the year. Since it was believed that summer was the time of life and winter was the time of death, the festival was associated with gloomy disguises, since on said day life and death met, as was believed at the time.

Halloween- Then And Now

Over the years, this tradition has persisted and was celebrated especially by the Irish, and in the 19th century also carried with the emigrants to the United States. For about 20 years, the tradition has been spreading more and more in Europe. Children dress up as creepy creatures and go from house to house in the neighborhood. The motto is “trick or treat”. This means that either the residents of the hand of the respective house over a little candy or the children play a trick on them. The hollowed-out pumpkin has become the symbol of today’s Halloween celebration. Not only is hollowing out fun and creates a great spooky decoration but the insides can be used to make a delicious soup for your party. Halloween is a great holiday for kids, but you should always remember the origin of the holiday and respect the tradition. With this in mind: Happy Halloween!

Also interesting:
Rights For Children Who Do Not Live At Home