Home > Child > Kids news > O`Zapft Is: The Oktoberfest Has Begun 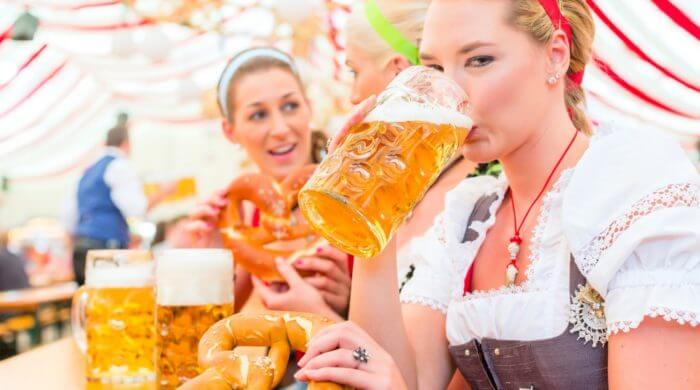 On Saturday, the time had come once again in Munich: Mayor Dieter Reiter tapped the first barrel of beer of this year’s Oktoberfest with the traditional words “O’zapft is” – which is Bavarian and means “it’s tapped”. The saying has always been the starting signal for the annual madness with millions of visitors on Munich’s Theresienwiese.

The Oktoberfest- The Largest Folk Festival In The World

The Oktoberfest has been around since 1810 and this year it will be held for the 182nd time. Affectionately called “The Wiesn” by visitors, the Oktoberfest is the largest folk festival in the world. Every year, over 6 million visitors come to the Theresienwiese. The Munich breweries need a special beer especially for the Oktoberfest, the Oktoberfest beer. Beer is drunk at the Oktoberfest and also in Munich in general in a Maß. A Maß is a large beer mug that holds 1 liter of beer. Besides the beer and good food, the Oktoberfest has great rides, like a Ferris wheel and roller coasters.

Beer Flows In Streams And That Has Consequences

Every year, over 6 million people come and they drink beer – lots of beer. An average of 6 million liters of beer is drunk every year at the Oktoberfest. In addition, there are about half a million Brathendl (a grilled chicken) and 25,000 kilograms of fish. People spend a total of over one billion euros at the Oktoberfest. Beer consumption, in particular, has consequences: Thus, the paramedics have to work around the clock and the first completely drunk visitor was not long in coming this year. After less than an hour and a half, a 50-year-old man was so drunk that he collapsed. For most families, however, the Oktoberfest is one thing above all A huge fun!

Breweries< are large industrial facilities where beer is brewed. Especially in Munich, there are countless breweries, and Bavarians are known for their good beer.

“A riesn Gaudi” is Bavarian and means as much as! A huge fun”.