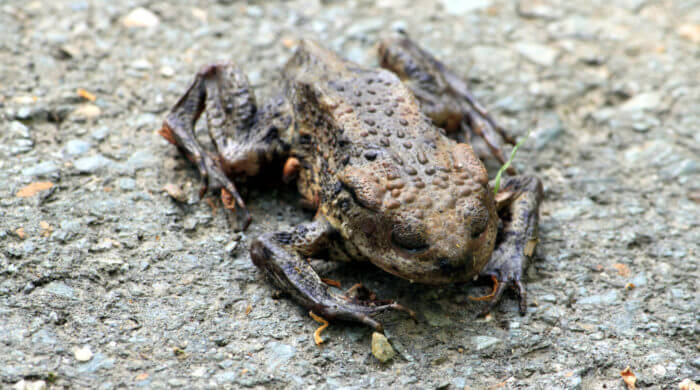 Every year in spring the toads set out on their migration. The next become milder, and we hear a loud croaking outside our window at night if we live near a meadow or a river. Unfortunately, many of them are run over as they begin their migration. The animal rights activists then always put up a special warning sign along the roads so that drivers pay a little more attention.

Where Do The Toads Migrate To?

Every spring, the female toads return to the area in which they were pool the place where they were born. Because there are the best living conditions. The amphibians like their home very much, and therefore like to return there. Some conservationists also build traps along the roads so that the toads fall in and do not hop onto the road. They bury buckets of water by the side of the road, the animals fall into them, and the conservationists then carry them across the road in the morning.

Also interesting:
Stress Among Children And Adolescents Continues To Increase

Toad migration takes place in the spring. Toads are amphibians that leave their winter habitat leave their natural habitat to lay their eggs. This process is also called spawning. From the eggs later hatch the babies, small black tadpoles. The toad does not travel alone, but sets out with many friends and acquaintances. Usually, more than 100 animals set off together. By migrating in a group, they also protect their eggs from enemies. A toad hops about 600 meters per night, covering a total distance of about 5 kilometers to get to its home. By the way, male toads are much smaller and slimmer than females, so they often let their female toads carry them piggyback. Occasionally, a female toad even drags several male toads on her back.

Toads are animals similar to frogs with large eyes and scaly skin.

Ponds are holes in the ground where water collects.

Amphibians are called all animals that live both in water and on land and can crawl.

Winter quarters are hidden places where toads live in winter.

Spawning means that the toad lays its eggs.