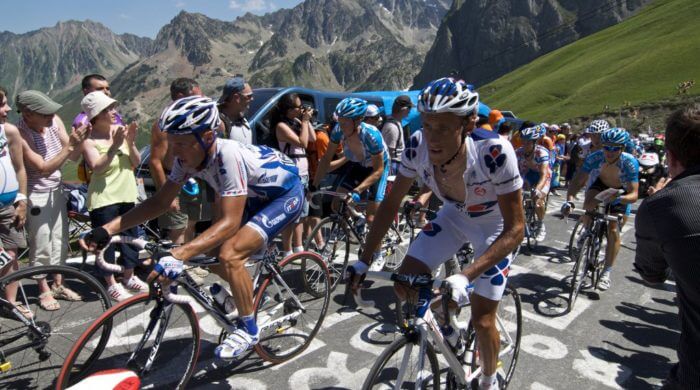 Since last Saturday the Tour de France is rolling again. The most important cycling race in the world leads across France and also through a few other countries. There are a total of 21 Stages
some of them are short and are almost done in a sprint, some are very long and take almost the whole day and others are just exhausting and lead over mountains that are so high that there is often still snow up there in the middle of summer.

Among the riders, who come from many countries across the world, are also German Professional cyclists. Some of them hope – as every year – also this year for one of the coveted stage victories. There is always a sprint between the riders in the last hundred meters, in which they once again get all the power out of themselves. And this year it already worked out for a German rider in the 2nd stage: André Greipel won the stage just ahead of his pursuers.

Many Colorful Jerseys At The Tour De France And Many Problems

Also interesting:
There Are More And More Rich People In The World

A Stage is a section that has to be covered. The Tour de France consists of 21 of these sections.

A Professional cyclist is someone who earns his living from cycling and has no other profession.

Someone is doped if he has taken illicit doping drugs. These are drugs that can increase performance and make a rider stronger so that he finishes ahead of the other riders. If you are caught doing this, you are banned as a professional cyclist for at least 2 years and are not allowed to participate in any cycling races during this time.