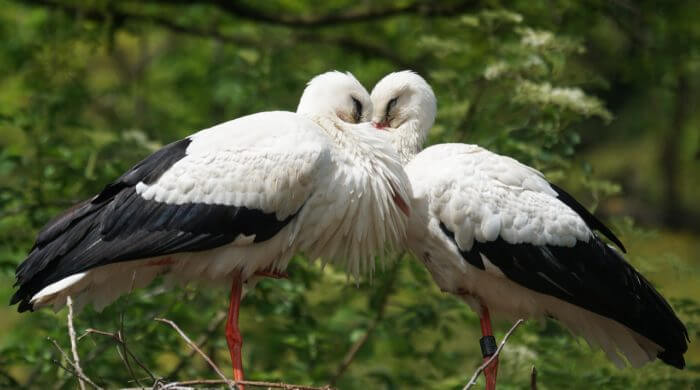 What is this? It is a bird, he long thin stilt leg, he has a beak that is long and pointed and white feathers with black wings? That’s right, it’s a stork. And even more awesome than a stork is many little stork kids.

Off To The Ruhr

The best place to watch the storks this year 2016 is in the Ruhr area observe. This is because there have been a lot of stork babies there this year and therefore many animals can be observed there in the wild.

There in many regions, one hears it everywhere rattling. This sound occurs when the storks rattle their beaks. Especially the animal rights activists are very happy about it. It is reported that even the very rare species of black storks have been seen. In recent years there have been around 200 pairs of storks in North Rhine-Westphalia, but this year 2016 there will be many more. This means that we can look forward to a lot of little stork babies.

The Ruhr area, also called Revier, Kohlenpott, Ruhrpott or Pott, is Germany’s largest conurbation and Europe’s fifth largest, with around 5.1 million inhabitants and an area of 4435 square kilometers. The Ruhr region includes the independent cities of Bochum, Bottrop, Dortmund, Duisburg, Essen, Gelsenkirchen, Hagen, Hamm, Herne, Mülheim an der Ruhr and Oberhausen as well as the districts of Recklinghausen, Unna, Wesel and the Ennepe-Ruhr district.