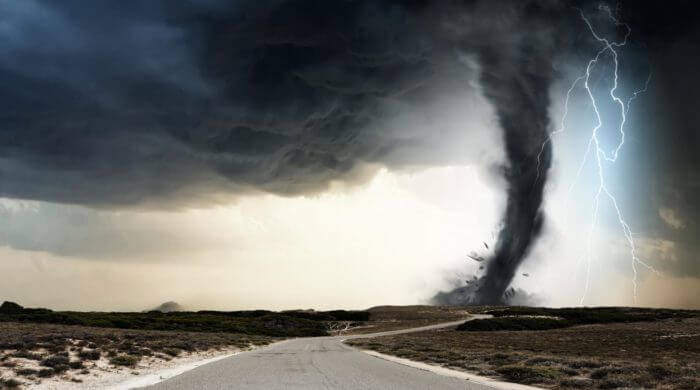 On Tuesday, severe thunderstorms with partly violent storm gusts caused heavy damages in the city of Bützow near Rostock amounting to millions. Eyewitnesses speak of a Tornado, which caused covered roofs and uprooted trees in the city. The city looks on Wednesday after the stormy night like after a bomb attack. There is debris and broken glass everywhere.

The main street was closed all day on Wednesday, as tiles were still lying everywhere from the roofs of the houses. The roof of Bützow’s church and the roof of the town hall also showed significant storm damage. Also at the hospital and an adjacent Nursing home were severely damaged. More than 150 relief workers from the police and fire departments were on duty all night. On Wednesday, classes were even canceled in two schools in Bützow because the buildings were too badly damaged. In two gymnasiums were Emergency shelters built for the people whose houses were so badly damaged that the families can no longer live in them.

You Can Not Predict A Tornado

The problem with a tornado is that you can’t predict the strong whirlwind. A tornado appears quickly and then disappears just as quickly. In the process, the air vortex goes from the ground to the cloud base. A tornado forms when warm moist air masses collide with colder air masses. Tornadoes can dissipate after only a few seconds or can rage for a whole hour. In Germany, tornadoes occur rather rarely and not as violently as, for example, in the U.S., where there is an entire tornado season, with storms that can destroy entire cities.

A Tornado is a small, very fast storm that funnels from the ground to the bottom of the clouds and can cause enormous damage due to its spinning speed.

A nursing home is a place where old or sick people are cared for by personnel trained to do so.

An Emergency shelter is intended for people who suddenly no longer have a roof over their heads, whose house has been destroyed by a storm, for example. There, beds and food and drinks are provided for these people.

Also interesting:
At Least One German Cheers In The Champions League