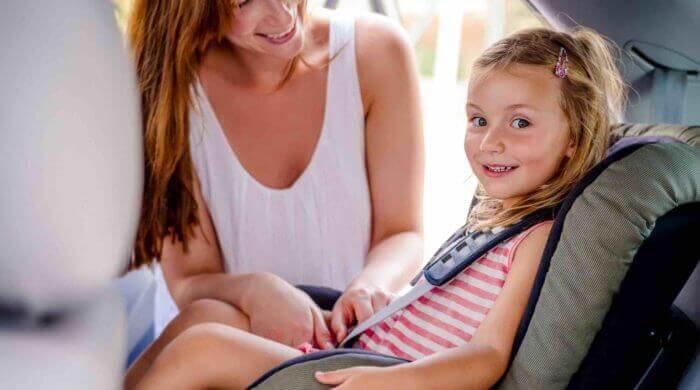 A long car ride brought to light: My child does not tolerate traveling. Driving leads to nausea and vomiting in him – as it did in me when I was a child. On three critical day trips in the car so far, I have now been able to test a few remedies against travel sickness, or rather had to. In addition, I have now done a little research. Here are my tips and information about remedies against travel sickness in small children. Travel sickness in toddlers: Suppositories

Most remedies against travel sickness have an antihistamine as the active ingredient. I have done quite well with the active ingredient dimenhydrinate until now. But our second experience with suppositories did not go as smoothly as the first. Travel sickness occurs from the first and increased between the second and the 12th year of life, you can read about it. My son started getting it just in time for his first birthday.

Against Travel Sickness: Antihistamine As Syrup

Suppositories for travel sickness are just as dumb to dose as any other suppositories. The second “half” simply crumbles. And that’s what you’re supposed to do on the road, at some council site! For the next vacation trip I chose a syrup, drops would have been fine. I researched on the Internet to find out how much before I had to administer the travel nausea juice.

For this here again my clear criticism of Vomex A, they have nothing to the duration, etc. in the package insert to stand! The dosage I chose a little lower, but I added every three hours as a precaution, because the duration of the effect was not described. The juice tastes my son, he was even happy about it. The effect was top, there was not a single attack of vomiting due to travel sickness. Once, however, my little darling simulated, hoping for a break… I had started three hours before departure and did not get over the four maximum individual doses, although I had set low.

After we had had so much vomit in the car the first time and a new gush was to be expected at every turn, I had no interest in homeopathic experiments on an upcoming eight-hour drive. For those who are familiar with it, however, it is said that the homeopathic remedy Cocculus D4 is available for travel sickness. In addition, ginger is also supposed to calm the stomach.

However, this did not help me as a child. The antihistamines in chewing gum form are effective from half an hour before the start of the journey and very good against travel sickness, but are not yet recommended for small children. I myself have been able to introduce a placebo effect with it at some point and outwit myself from teenage age with normal, but sharp chewing gum.

Meditation is probably also still very difficult for the little monsters and how do you explain to them that they should stare into space for eight hours except for the breaks, as this article recommends? Plasters against the nausea on journeys should still give it and/or a kind of bracelet., but ds must be supplied everything already in the evening before.

If necessary, small children tear off such things again, because they can not yet understand that it should be against their spitting the next day. Conclusion: I stay with the syrup against the nausea until the chewing gums can come sometime. And travel more by train for the time being. Gasoline is so expensive anyway!