Home > Baby > After pregnancy > Triploidy: How Does The Genetic Defect Occur? 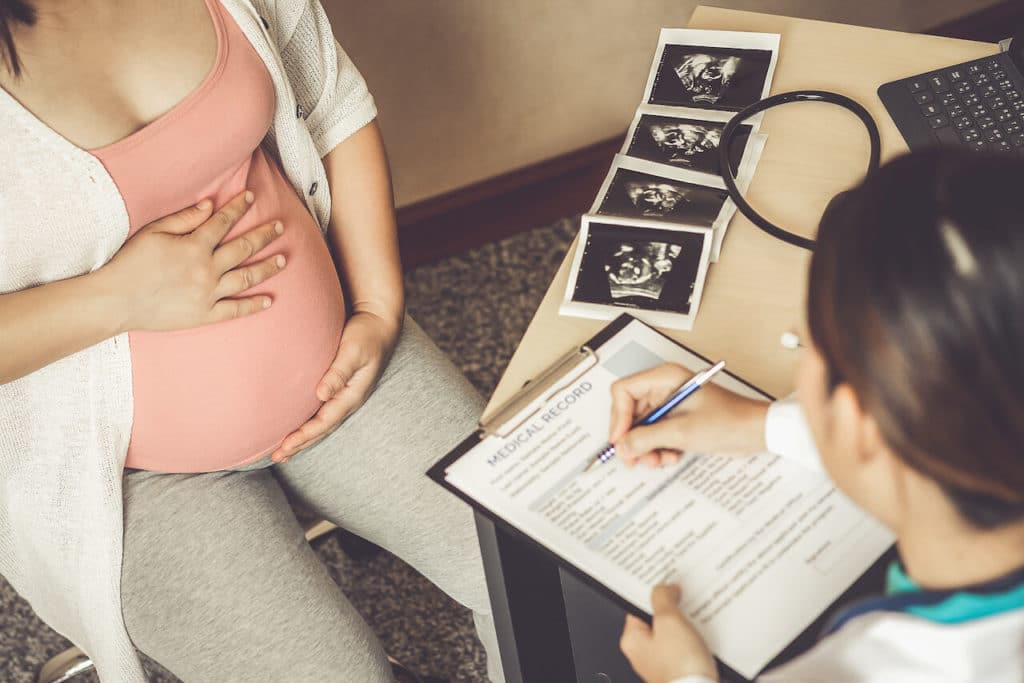 Most pregnancies with triploidy end in miscarriage. Therefore, triploidy is one of the most common chromosomal abnormalities during conception.

But what is the difference between triploidy and trisomy?

Triploidy: What Is It?

A healthy baby has 46 chromosomes in each body cell, which is two complete sets of chromosomes. Babies with trisomy have one too many chromosomes. In trisomy 21, for example, it is chromosome 21 that is present in excess.

Babies with triploidy have not only one chromosome too many, but 23, i.e. one whole chromosome set too many.

Surely you have seen a person with Down syndrome (trisomy 21) and are aware of the consequences that a single chromosome can have.

So you can imagine what it means to have not just one chromosome too many, but a whole set too many. Babies with triploidy are not viable in the long run. Most die in the womb, often at very early stages of pregnancy, or are stillborn.

Those that do manage to be born alive very rarely survive the first months of life.

Genetic Basis: Chromosome Makeup And Karyotype Of Babies With Triploidy

A healthy human has two sets of chromosomes in each body cell. One comes from the father, one from the mother.

Each set of chromosomes consists of 23 chromosomes, so there are a total of 46 chromosomes in each cell. This is why the cells of the human body are also called diploid (Greek diploos: twofold, double).

In contrast to somatic cells, gametes, i.e. eggs and sperm, have only one set of chromosomes.

Thus, when the egg and sperm fuse at fertilization, the fertilized egg receives one set of chromosomes from each parent, giving the fetus the 46 chromosomes it needs to survive.

Human gametes form by means of meiosis, also called cell division. However, if errors occur during cell division, diploid gametes may result, that is, eggs or sperm that have two sets of chromosomes instead of one.

In most cases, this leads to death or malformation of the offspring.

Note: A baby with triploidy has one whole chromosome set too many, so a total of 69 chromosomes instead of 46 in each cell.

How Likely Is It To Give Birth To A Child With Triploidy?

The biggest concern of all expectant parents is undoubtedly for the health of their baby. Although triploidy occurs in only 1-2% of all pregnancies, it is one of the most common causes of miscarriage.

Also interesting:
Gastroschisis In Babies: What Is Behind This Diagnosis?

You may be wondering what the risk of triploidy actually is, or if there are any contributing factors that can be prevented.

In fact, in many congenital genetic defects, the age of the mother is a major risk factor, including Down syndrome, for example. However, triploidy does not depend on the age of the parents, and researchers have not found any other identifiable risk factors.

In fact, triploidy usually occurs spontaneously and without a family history. So if you once had a miscarriage that was affected by triploidy, it doesn’t mean it will happen again in the future.

Usually, these are one-time tragedies and the likelihood of triploidy occurring again in subsequent pregnancies is extremely low.

The general probability of occurrence is estimated to be 1 to 3:1000. 1-2% of all pregnancies are affected by triploidy.

However, more than 99% of fetuses with triploid chromosome set die beforehand in the womb. Only about 0.1% of all triploidies are carried to term.

Experts distinguish three forms of triploidy in humans. In most cases, there is a full triploidy, which affects all cells.

In rare cases, a mosaic form may be present, in which only part of the cells are affected.

In diandry, two of the three sets of chromosomes come from the father.

This means that either there is double fertilization, i.e., two normal sperm fertilized an egg (giving the fetus three sets of chromosomes), or the egg was fertilized by a diploid sperm.

Also interesting:
Heat Pimples In The Baby: So Dangerous Are The Red Spots Really

An abnormal diploid sperm can result from errors in meiosis (cell division). About 80% of all numerical chromosomal aberrations can be attributed to the paternal form.

In digynia, the supernumerary set of chromosomes originates from the mother rather than the father.

This may also be caused by a defect in meiosis. Digynic triploidy occurs when fertilization of a diploid egg occurs with an ordinary sperm.

In the very rare mosaic triploidy, three sets of chromosomes are present only in some somatic cells. The other cells have the usual chromosome set of 46.

For example, the karyotype is 69, XXY/46XY, because both “normal” cells and triploid cells are present.

Therefore, this form is called “mosaic”.

Note: Babies with mosaic triploidy have the comparatively highest life expectancy. Depending on the proportion of triploid cells, the symptoms of triploidy are much milder.

Nevertheless, the prognosis is not good even in this form of triploidy.

Triploidy is one of the most common chromosomal disorders, especially in early pregnancy. If you want to be sure that your baby will be born healthy, you have several ways to check this during pregnancy.

A suspected diagnosis of triploidy can be made prenatally (before birth) using non-invasive methods. For example, you can have a first trimester screening performed at your doctor’s office.

Also interesting:
The Fliegergriff: This Is Why It Is So Often Recommended By Pediatricians

In this examination, among other things, your blood values and your baby will be examined by ultrasound to check its health.

The ultrasound will show any special features of the placenta, physical malformations of the baby, and other warning signs that could indicate triploidy. There is no risk of complications with these exams.

However, a definite diagnosis can only be made through invasive prenatal diagnostic procedures. For this purpose, chromosome analyses are performed, for example in the course of an amniocentesis.

After an amniocentesis, the karyotype, i.e. the genetic makeup of your baby, can be visualized in the laboratory.

Although these procedures allow a clear diagnosis, they are also associated with risks for mother and child, which is why you should inform yourself thoroughly before making a decision.

A positive finding of such prenatal tests causes most expectant parents to terminate the pregnancy, as usually even the children born alive with triploidy die after a few months.

As mentioned earlier, warning signs that may indicate triploidy can already be detected during ultrasound examinations. The following characteristics or symptoms are considered to be warning signs.

However, not all symptoms always occur. 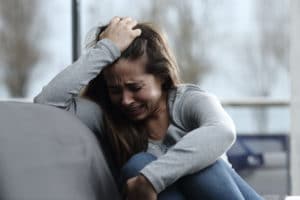 Stretch Marks – What Can I Do About Them?

Baby Blues: 6 Tips Against The Low Mood After Birth

Period After Birth: When Does It Start Again?

All Articles About The Time After Pregnancy At A Glance