Home > Health & Prevention > Female diseases > Vaginal Fungus – Where Does It Come From And What Can I Do About It? 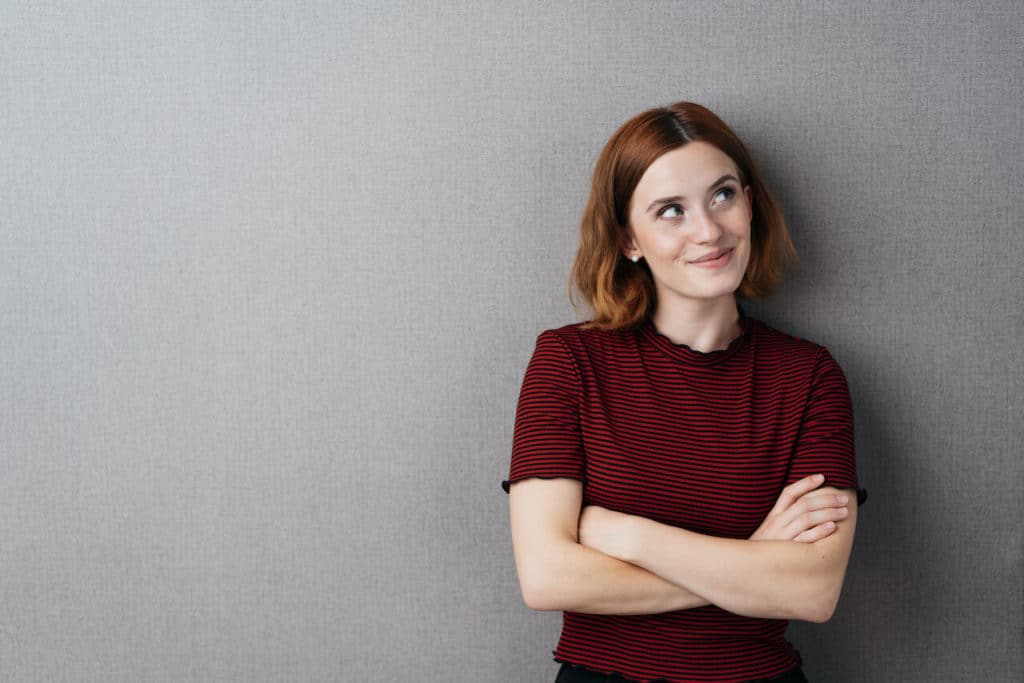 Vaginal fungal infections are treated with so-called antimycotics. These are drugs that are effective against fungi. You can get the locally effective medicines over the counter at the pharmacy.

Here you will find the most important information about causes, symptoms, treatment options, and preventive measures. You can also find out what examinations your gynecologist will perform if you come to the doctor’s office with a suspected candida infection.

What Are The Symptoms Of Vaginal Thrush?

Most women report the following symptoms of vaginal thrush:

Another characteristic sign is a crumbly-whitish discharge that is clearly different from healthy discharge. The “crumbs” resemble cottage cheese. Usually, discharge is translucent to milky.

Other symptoms are often mentioned:

What Are The Causes Of Vaginal Fungus?

Yeast fungi such as Candida albicans are the most common cause of vaginal thrush. Occasionally, other types of fungi are involved such as Candida glabrata and Candida tropicalis. Where do these fungi live?

Also interesting:
Pregnancy Poisoning - How To Recognize It And What You Can Do

Like other fungi, they love a warm and moist environment. Under unfavorable living conditions, Candida species can form spores and thus survive for a long time. As spores, they do not cause infection symptoms.

Usually these yeasts live in equilibrium with other microorganisms and colonize the vaginal mucosa, the oral cavity or the glans. They can also get there via the gastrointestinal tract.

How Does The Protective Environment Of The Vagina Become Unbalanced?

Various causes lead to the vaginal milieu no longer being intact and Candida fungi being able to multiply. The following causes favor the occurrence of a Candida infection:

If there is a fungal infection during pregnancy, the fungi can be transmitted to the baby at birth. Estrogens in the birth control pill or from hormone replacement products can also have effects on the vaginal environment. In the case of the pill, the estrogen content differs depending on the preparation.

Fungal diseases may be favored by metabolic diseases such as diabetes mellitus. Diseases associated with a weakening of the immune system (e.g. AIDS) also favor fungal diseases.

In addition, thyroid diseases such as hyperthyroidism and hypothyroidism can increase the risk of fungal infections. Drugs that inhibit the immune system and cortisone preparations can result in a fungal infection.

However, the highest risk for a vaginal fungus is with antibiotic therapy. Antibiotics often kill even beneficial bacteria, such as lactic acid bacteria. Fungi can then easily multiply. The longer antibiotic therapy lasts, the greater the risk of fungal infection.

Excessive hygiene in the intimate area can disturb the natural balance of the vaginal flora and thus promote the growth of fungi. You should not use aggressive or strongly perfumed products for intimate hygiene, as these can harm the beneficial bacteria.

Fungal growth can also be favored by unsuitable clothing. You should not wear clothes that are too tight and, if possible, no synthetic fabrics. Sweating and heat accumulation are otherwise the result, ideal conditions for the growth of fungi.

How Is Vaginal Fungus Treated?

So-called antimycotics, which are special drugs against fungi, are used to treat Candida infections. Antimycotics for the local treatment of vaginal mycosis are available without a prescription at the pharmacy.

Imidazole or nystatin are usually used as active substances. The usual combination packs contain an antifungal cream for external application in the area of the labia and vaginal suppositories or vaginal tablets for insertion into the vagina. The antifungal cream is applied thinly to the labia.

Some products also contain only antifungal cream and an applicator for deep insertion into the vagina. This topical treatment comes in the following varieties: one-time application, three-day course, or six-day course.

In the case of a persistent Candida infection or constantly recurring infection, internal (systemic) treatment with antimycotics in tablet form is an option. These medications require a prescription and contain so-called triazoles (e.g. fluconazole).

Candida infections of the vagina can also be treated with antiseptics. These agents are not specifically effective against fungi, but act non-specifically against a variety of pathogens.

However, the effectiveness of antiseptics in the treatment of vaginal fungus is lower than that of antifungals. Antiseptics are therefore more commonly used for mild conidial infections or at an early stage of infection. Another area of application for antiseptics is mixed infections, i.e. infections in which various pathogens are involved.

Antiseptics contain povidone-iodine as the active ingredient and are applied locally in the following forms:

Please note in case of thyroid diseases: Povidone-iodine must not be used in thyroid disorders! Please pay attention to the package insert!

Are Yogurt And Other Home Remedies Suitable Against Vaginal Mycosis?

Yogurt, vinegar or garlic are often recommended as home remedies against vaginal mycosis. However, these remedies are not very advisable and can harm rather than help the vaginal flora.

Yogurt should not be used for vaginal mycosis, because yogurt not only contains the lactic acid bacteria necessary for a healthy vaginal environment but also bacteria with potentially harmful effects on the vaginal flora. The vaginal fungus can therefore be joined by an infection caused by bacteria.

Coconut oil is said to kill the fungal pathogen and accelerate skin regeneration. It is often recommended to rub the labia and the entrance area of the vagina with coconut oil. However, the effect has not been medically proven. Applying St. John’s wort oil to the labia relieves itching.

Also interesting:
Hypermenorrhoea: What Should I Do If My Periods Are Too Heavy?

Tea tree oil, which is found in many intimate wash products, is said to inhibit the growth of vaginal fungus. These care products should be applied to the labia and the outer vaginal area to prevent a fungal infection. Often these products are still mixed with coconut oil.

Sitz baths with chamomile seem to relieve symptoms in some cases. Vaginal rinsing with vinegar is not advisable, as this can cause the vaginal flora to become severely unbalanced.

A sugar-free anti-fungal diet is also often recommended to deprive the fungus of food. However, the effectiveness of the diet has not yet been proven.

What Should I Do If I Have Vaginal Mycosis?

No Sex During The Infection

In order not to infect your partner, you should refrain from sexual intercourse. After successful treatment you should use condoms.

Wash your pubic area only with pH-neutral soaps or preferably only with warm water. Lubricate the skin regularly.

Your underwear should be breathable. They should not contain a high percentage of synthetic fibers. Your clothes should not be tight-fitting so that you do not sweat in the pubic area and no heat build-up occurs.

Short pubic hair: Shorten your pubic hair so that the pubic area is better ventilated.

Change your linen and towels daily. You do not have to boil the laundry, 60 degrees is sufficient. You should not scratch the skin of the labia, otherwise, the symptoms can increase.

How Does The Medical Examination Proceed?

The physical exam will be the same as a normal gynecological exam. During the examination of the vaginal mucosa, the fungus shows up as a whitish to light gray coating. At the same time, the vaginal mucosa is reddened with inflammation.

A culture of the pathogen is prepared from the smear on a suitable culture medium. The germ can then be easily identified.

Also interesting:
Do You Suffer From Sun Allergy? Here's How You Can Tell

What Do I Need To Be Aware Of In The Case Of Vaginal Mycosis During Pregnancy?

If you have vaginal mycosis during pregnancy, you should definitely consult a doctor, because your baby could become infected with the fungi during birth. Since newborns do not yet have a mature immune system, they can hardly defend themselves against the fungi. For premature babies, fungal infections can even be life-threatening.

Local antifungals (e.g., antifungal cream) are used for treatment. These are safe for your child during the entire pregnancy. Vaginal antifungal treatment with medication is especially important in the last weeks before the due date.

If your baby gets infected during birth, diaper thrush (“diaper fungus”) can be the result. Some doctors even recommend preventive treatment for pregnant women.

As a pregnant woman, you must be careful not to become infected with pathogens. These could otherwise be transmitted to your child. This applies not only to vaginal fungus, but also to chickenpox and ringworm, for example.

What Can I Do To Prevent Vaginal Mycosis?

Try to avoid as many of the following risk factors as possible.

Infection with vaginal mycosis occurs when the protective environment of the vaginal flora becomes unbalanced. The infection, characterized by itching in the vagina and intimate area, is usually relatively easy to treat with antifungal medication.

The use of home remedies against vaginal fungus is not recommended. By taking preventive measures, you can help to ensure that you do not become infected with vaginal mycosis, or that you do so only rarely.