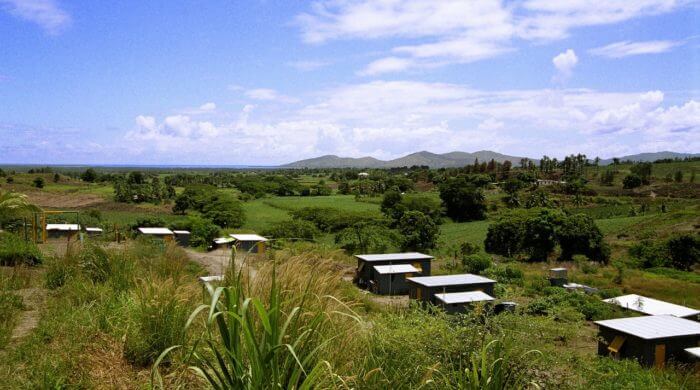 The Fiji Islands have experienced a violent Cyclone that caused a lot of damage.

Cyclone Of The Highest Category

The cyclone that raced across Fiji over the weekend belonged to the highest category in terms of its strength. Wind speeds of up to 300 kilometers per hour were measured. It left a trail of devastation in its wake. Houses were completely destroyed, trees uprooted and there was no electricity. Unfortunately, at least one person also died in this storm. For these weeks, schools in Fiji will remain closed because many of them have also been destroyed or severely damaged.

The people of Fiji started the cleanup yesterday. Roads were flooded and now logs have to be moved out of the way, destroyed houses have to be rebuilt. Emergency shelters are now being set up for people who have lost their homes so that these people at least have a roof over their heads. People have already arrived from other countries, such as New Zealand, who will now help to repair the damage. The Red Cross is also helping and is providing people with sufficient drinking water in particular.

The Fiji Islands are located east of Australia in the Pacific Ocean. Fiji includes more than 300 islands, but only just over 100 of them are inhabited. Many people also vacation in the Fiji Islands.

A Cyclone is a tropical cyclone. Such a cyclone usually develops when the water of an ocean is very warm. This promotes the evaporation of very large amounts of water, which then form large thunderclouds. In these clouds, the air then begins to rotate, and so a cyclone is formed.