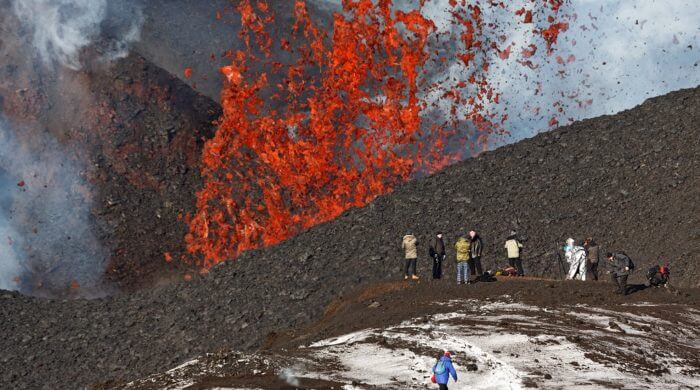 The Cotopaxi volcano near the Ecuadorian capital Quito is spewing ash and fire. For 75 years, the volcano has been dormant and eerily silent until now. Cotopaxi, which last erupted in 1940, has been spewing a mile-high cloud of ash into the sky for several days. The government of Ecuador has a State of emergency ban for the whole country.

Residents Are Afraid Of A Mudslide

Cotopaxi is one of the largest volcanoes in the world and a real giant with its height of over 6,000 meters. Local residents have a lot of respect and awe for the giant volcano and now they are afraid. Not only of the eruption itself but also of the possible mudslides that could run down from the volcano into the valleys during a stronger eruption. For huge glaciers of snow and ice are stored at the top of Cotopaxi, because at this altitude is eternal winter and frosty temperatures. In the event of an eruption, the ice could melt in seconds and run down into the valleys as a mudslide with lots of molten rock.

This already happened during a major eruption of Cotopaxi in 1877 when mudslides partially flowed hundreds of kilometers through the country. The area around the volcano has already been evacuated, many people had to leave their homes and were taken to emergency shelters where they are provided with breathing masks and water supplies. For days, the eruption had been indicated by earthquakes, so now the ash cloud – now we have to wait and see whether the big eruption comes or whether the giant volcano goes back to sleep.