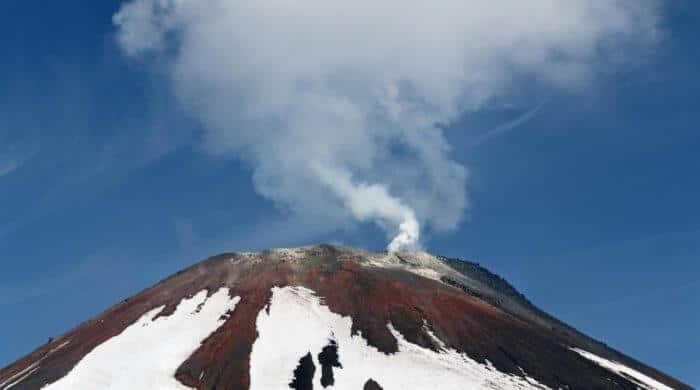 After the eruption of the Indonesian Volcano volcano, thousands of tourists are stranded on the popular vacation island of Bali. The ash cloud makes it impossible for planes to take off or land in the area, so vacationers will have to spend a day or two longer on the dream island.

The volcano Gunung Raung is an active volcano on the Indonesian Island of Java. It is about 3,300 meters high and has eruptions every now and then. Every few years the volcano spews a lot of ash and rock kilometers high into the sky. During the dormant periods, a cloud of steam that can be seen over the volcano, again and again, shows that it never comes to rest and that there is a lot of activity going on inside. Since last Friday, Gunung Raung has also once again been spewing ash Lava, and rock. An ash cloud about 3,800 meters high rose into the sky.

Flight Ban And Safety Zone Around The Volcano

Since last Thursday, the airport in Bali has been closed and since the eruption of the volcano, no airplanes are allowed to take off or land within a radius of at least 3 kilometers, nor are they allowed to fly by. This is because the ash carries a lot of particles such as stones and other things and these can clog the turbines of an aircraft, putting it at risk of crashing. In addition, on the Indonesian vacation island of Bali alone, around 47,000 vacationers are stranded and now have to wait until the volcano calms down again and planes are allowed to take off again.

A Volcano is a pointed mountain that lies above a magma chamber (magma is the name given to lava while it is still underground). There are active volcanoes that bubble every now and then and also erupt from time to time and there are passive volcanoes that have not erupted for a hundred years or more.

Indonesia is one of the largest countries in the world in terms of population. Almost a quarter of a billion people live there.

Lava is a molten, very hot rock that is ejected from the volcano and usually runs down the mountain like a river.