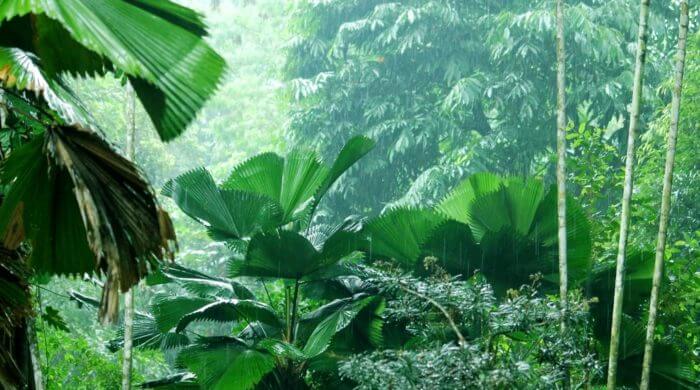 We in Germany have a large share of the blame for the fact that the Rainforests are being deforested more and more. This is due to the fact that we buy many things every day that cause areas of rainforest to be cleared become. Everywhere in the world more and more Farmland is needed and when trees are cut down in the rainforest, new space is created for farmland.

Many Things Happen In The Rainforest Without Permission

Very often clearing is done in the rainforest without anyone giving permission. But this is a serious interference with nature. In the rainforest, there are more animals and plants than in other parts of the world. But if so many trees are cut down, then these plants and also these animals die out, because the space for their life is taken away from them. You have to imagine that every two (!!!!) minutes as many trees are cut down as would fit on a soccer field.

Why Are The Trees Cut Down?

In these areas, where there was forest before, many cattle graze later or plants are grown that are needed to produce things for us. This can be meat, but also leather, soy, or Palm oil. This palm oil is extracted from the oil palms and is used to make margarine, shampoo, pizza, or even chocolate. Also, lipstick for girls and women is made from this palm oil and many other foods. Soy is important because this is often fed by pig farmers to the animals and then you need more and more cattle because we eat a lot of beef in Germany.

Even though we may need these things to live, we are still harming nature. Especially the Climate can be worsened by the ever-decreasing rainforest. This is because the trees there produce quite a lot of oxygen, and as you know, we need that to breathe. At the same time, the trees and plants in the rainforest also store the gas Carbon dioxide and if there are fewer and fewer trees, then that leads to climate change more and more quickly.

Rainforests are forests that are mainly found in areas where there is quite a lot of rain and it is almost always humid there. There is a lot of rainforest in Brazil, for example.

When something cleared is removed, it means that trees and shrubs, together with their roots, are removed forever and can never grow again in that place.

Arable land is also called a field. This is used for agricultural purposes. For example, grass can grow on it which cows eat or something can be grown on it. For example, grain, potatoes, or other vegetables.

Palm oil is a vegetable oil obtained from the pulp of the oil palm. The fruit is sterilized and pressed, which produces crude palm oil.

Climate is the term used to describe all kinds of weather conditions around the world. When the climate changes, it often has a big impact on the environment (for example, when it gets warmer and warmer, the ice in Antarctica starts to melt).