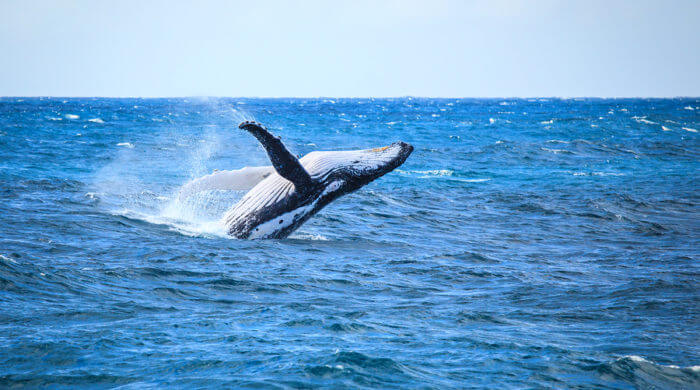 Some may have rubbed their eyes in surprise, but a whale was spotted off the German Baltic Sea coast a few days ago. Well, kids, what do you think? Is this perhaps a belated April Fool’s joke? No, it’s really true. The whale, a Beaked whale is normally at home in the Atlantic Ocean and has probably strayed into the Baltic Sea lost.

The Beaked Whale Is A Rare Whale

Normally, the quite rare beaked whale lives in the Atlantic Ocean. Now a whale of this species was discovered in the Baltic Sea off the German coast. Probably it had lost its way. Or rather, she got lost, because the whale is a female. She is about four meters long and feels really comfortable in the Baltic Sea. The female could be seen jumping out of the water and crisscrossing.

Nevertheless, There Is Concern For The Whale

Even though the female whale seems to be very comfortable, experts are still worried. Normally, a beaked whale feeds mainly on squid, which is not available in the Baltic Sea. The experts are therefore now trying to lure the whale out of the Baltic Sea again and get it to swim back into the Atlantic. But all the tricks have not worked so far. So now they want to wait a bit and leave the female whale alone for now. Maybe she will find her way back all by herself.

A Beaked whale belongs to the family of toothed whales. Very little is known about these whales, because they normally do not live in coastal regions, but have their home far out in the Atlantic Ocean. The body size of the beaked whales is 4 to 13 m.

The Baltic Sea, also called the Baltic Sea, is an inland sea in Europe that covers 412,500 km² and is up to 459 m deep. The Baltic Sea separates the Scandinavian Peninsula from the contiguous mainland countries of Northern, Northeastern, and Central Europe. The countries bordering the Baltic Sea are Germany, Denmark, Sweden, Finland, Russia, Estonia, Latvia, Lithuania, and Poland.