Home > Child > Kids news > What Do Germans Like To Eat Most? 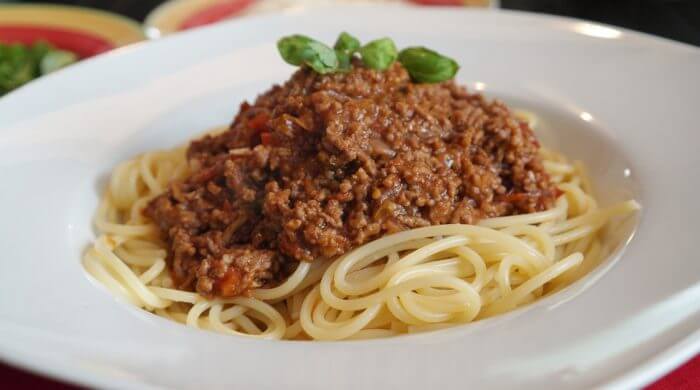 What do you like best when it comes to food? Pasta too? Or pizza? Most people here in Germany prefer to eat noodles.

People Like To Eat Noodles With Lots Of Sauce

People in Germany like to eat pasta with sauce the most. But not only pasta is on the table, but also potatoes and also vegetables. At least, that’s what people who were asked about it said. Children aged 14 and over were also asked about this.

Most People Do Not Want To Do Without Meat

This survey also showed that there are only very few people who do without meat or sausage. It was found that males in particular are very reluctant to give up their beloved piece of meat.

Among younger people, Italian cuisine, i.e. lots of pasta and pizza, is the most popular. The slightly older ones prefer German cuisine and only after that comes Chinese food. But regardless of which food is the most popular, it also shows that Germans no longer eat as much fat as they did a few years ago. Vegetables are now very popular, even with children. And what about you? What do you like best?

Also interesting:
Law For Children Of Children Gets A Prize

The word pasta comes from Italian cuisine. Pasta is pasta made from durum wheat semolina. In our country, the original Italian names are used for most types of pasta and the Italian spelling is also retained, such as spaghetti, tagliatelle, tortellini, and whatever else the many types of pasta are called.