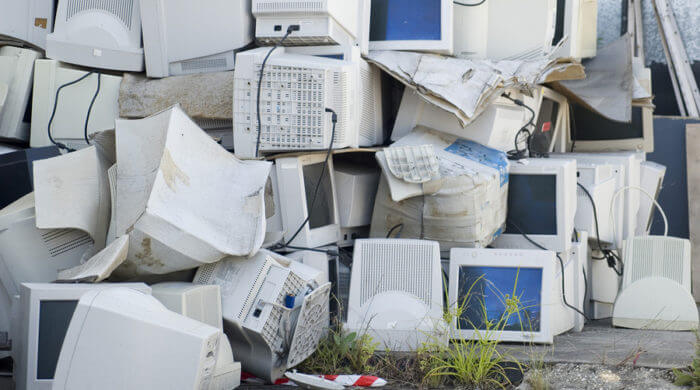 There are more and more old electrical appliances. Televisions, computers, refrigerators, all of them end up in the garbage sooner or later. But unfortunately, these devices are not always thrown away properly and this is very harmful to the environment.

Electronic waste must be disposed of properly

There is an organization called CWIT and it works to ensure that people dispose of their old equipment properly. After all, if you just throw away an old PC, for example, you are usually doing harm to the environment. It is also not allowed by law to do business with old equipment, but unfortunately, not everyone complies. Very often it happens that dealers simply send these old devices to Africa or China and these devices are then taken apart to reuse the valuable materials and the rest goes on huge garbage heaps.

Every Third Device Is Disposed Of Incorrectly

The experts say that every third device is not disposed of properly. Yet this is not so difficult, because in Germany there are very many so-called Recycling centers where old devices, even if they still work, can be handed in quite easily. But unfortunately, many devices simply end up in household waste and that is very bad for the environment. So please remember not to throw an old PC, an old radio, or any other old device into the garbage can. The environment will thank you for it. And in Japan they now have a great idea. The next Olympic Games will be held there in 2020. And then the medals there are to be made from the old electronic waste. I think that’s a really good idea.

CWIT is the abbreviation for Countering WEEE Illegal Trade. This is an EU-backed organization that works to ensure that electrical equipment is disposed of properly, cannibalized properly, and not sold illegally to other countries.

Recycling yards are very special collection points for special waste, such as electrical scrap or old furniture. These are disposed of there under very strict guidelines and in such a way that the environment must not be endangered at any time.