Home » Child » Kids news » What Is Democracy And Why Is It Also Important For Children? 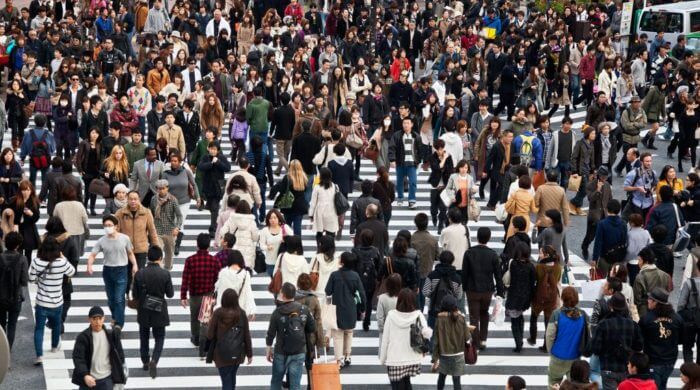 Here in the heart of Europe, we attach great importance to the freedom of the individual citizen. This is not only because we have learned from our past.

We no longer want to be ruled by a dictator, as was the case during the Second World War. That’s why democracy is a high value for us.

Again and again we hear in the news that people in many other countries are not as free as we are. They have to submit to the power of one or a few people and live as they are told. In order for us to keep our freedom, all citizens need to know about what democracy actually means.

As soon as you are allowed to vote, you should definitely use this right. Because that’s how you show that it’s important to you to have a say in your country. Your vote is a vote for democracy. So that you can make the right decision when you vote, we would like to explain the basics of democracy to you today.

What Is A Democracy?

The term Democracy comes from the Greek language. Translated, it means something like “rule of the people”. In fact, democracies already existed in ancient Greece. They came into being because people no longer wanted a sole ruler to abuse his power and decide without the people.

Before there were democracies, most states were ruled by a single head. With the Monarchy for example, a king or prince ruled over his people. The right to the throne and thus the power over the state were passed down. There was no such thing as elections at that time. In the meantime, there are monarchies that have retained their kingship, but have also introduced basic democratic rights.

Later, dictatorships came into being. Here, as with the monarchy, a single ruler ruled over his people. In contrast to the monarchy, power is exercised by the Dictatorship is not passed on within the family. Dictators come to power by force and try to claim it for themselves for a long time. Unfortunately, there are still countries that are ruled by a dictator.

Germany, Austria and Switzerland are democracies. So you can consider yourself lucky to be born in a free country. As a citizen of your country, you have a significant say in what happens in the state. Your most valuable and important right is to vote. However, you are only allowed to do so when you reach a certain age. In many countries, however, voting is allowed from the age of 16.

Violence is usually a rather negative term. In the political context, however, violence is something quite different. It refers to certain groups in the state that can exercise power in various ways. Through the principle of Separation of powers power does not emanate from a single group or person. This is important so that no dictatorship can arise.

A distinction is made between three powers, all of which are equally needed for society to function properly.

There is the legislative power (legislature), the executive power (executive) and last but not least the judicial power (judiciary). In simple terms, this means the following:

The legislative power (legislature) consists of many people (so-called deputies) who meet in parliament to discuss new laws. Each deputy belongs to a certain party that represents their interests in the parliament. As a citizen of your country, you get to help decide how many deputies from which party get to speak in parliament during elections.

Also interesting:
A Doctor Must Not Tell Anyone

The Judicial power (Judiciary) is also called “judicial power” or “jurisdiction”. Normally, the judicial power is exercised by the courts and judges in the country. At the court, a decision is made in a dispute. Based on the applicable laws, the judge decides who is right. The judicial power pronounces a verdict, which is then enforced.

In a democracy, every citizen must have some Basic rights possess. These are on the one hand in the constitution (right to vote, freedom of opinion and freedom of religion) and are on the other hand as social basic rights a part of the human rights. The basic social rights are, for example, the right to housing, food and free choice of profession.

New laws must not violate fundamental rights and are thoroughly reviewed before they can actually be passed.

In a democratic state, every person is allowed to decide about himself to a certain extent (as long as he does not harm anyone else by doing so). Therefore, in democracy Freedom of religion. This means that in a democratic state one may decide for oneself which religion one may belong to. This fundamental right is even written into the constitution. Therefore, no one is allowed to force another person to belong to a certain religion.

Only state-recognized religious communities are allowed to meet in groups and hold religious services. In addition, appropriate schools may be established and religious instruction may be offered. Therefore, there are Catholic (and possibly Muslim or Protestant) religious education classes at your school.

Most people in Germany, Austria and Switzerland are Roman Catholic. They pass on their profession of faith to their children with baptism. However, as soon as a child is old enough to make its own decisions, it may decide to leave the church at any time. Parents may neither prevent nor threaten them. This is because a child must also decide for itself which faith it wishes to belong to.

Separation Of Church And State

It is true that the relationship between church and state is partly one of partnership. However, both are to act independently of each other. The state should be neutral and must not identify itself with a particular religious community. No one should suffer disadvantages in a state simply because they belong to a different religious community than the majority.

In some areas, however, church and state do cooperate. For example, the Catholic Church is allowed to collect church dues from its members. The state supports this.

However, because church and state should be separated in principle in public, there are always disputes about religious symbols in public places such as schools. While in other countries (e.g. France) religious symbols may not be worn on the body or hung on the walls in school, the situation in Germany and Austria is not quite so strict.

Since When Has Germany Been A Democracy?

After the Second World War, many things changed in Europe. Germany had to be rebuilt and faced completely new challenges. People wanted to do everything differently now, so that it would not come to the point again that a dictator would come to power. Relatively quickly after the end of the war in 1945, popular rule emerged in Germany. Democracy in the narrower sense came into being on September 15, 1949, when the first Chancellor of the Federal Republic was elected.

Much later, in 1990, Germany, which had been divided for a very long time, was reunited. So also the former GDR could accept the Basic Law of the democratic Germany. Thus, the Basic Law became the German constitution and is still valid today.

2) Why is it important to know about democracy and to vote? Talk to the person sitting next to you about this and write down some key words.

3) Are there any other political terms that are unclear to you? Then go to http://www.politik-lexikon.at/ and type the term you are looking for into the search bar. Did you find something? Then write down a short explanation in your own words.