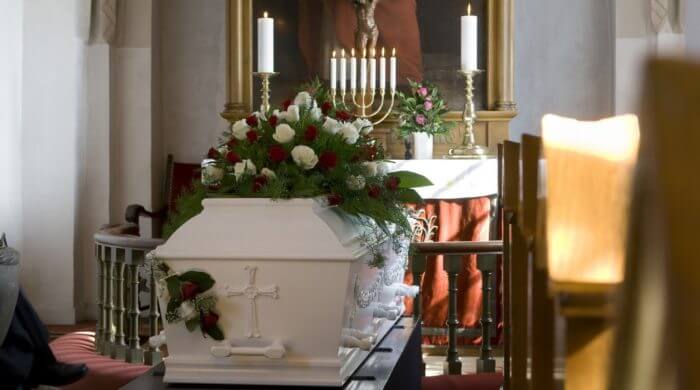 The topic of euthanasia does not normally affect you directly as a child. However, if you still have grandparents or someone in your family is very ill, it could be that you have some contact with it.

That’s why we want to explain to you today what is meant by euthanasia, what it is supposed to be good for, what the legal situation currently looks like and what types of euthanasia there actually are.

Elderly people and those who are terminally ill have often been in hospital for a very long time. They suffer from severe pain and have problems because their organs no longer function properly. Some are in a coma and no longer even notice what is happening around them.

Others can’t even be helped with strong painkillers: They suffer all the time. That is why it is not uncommon for people to ask to be released from their suffering. When you “help” someone to die, it is called euthanasia. Because it is difficult to distinguish between a voluntary decision to die and criminal acts such as murder after the fact, there is currently a ban in most countries. No matter how much someone is suffering: Most types of euthanasia are prohibited. Anyone who does not comply with this can get into serious trouble. Because in the worst case he will be found guilty of murder and go to prison for a very long time. And this, although he only wanted to help someone who had asked him for euthanasia.

Active euthanasia is prohibited in Germany and Austria. This involves killing the patient specifically, for example by injecting him with an overdose of painkillers. Narcotics can also be used in this process. Even doctors who are quite familiar with such means are not allowed to perform active euthanasia.

This involves administering more painkillers to the patient than would actually be appropriate. The main reason for this is that one would like to alleviate the patient’s suffering somewhat through the strong painkillers. The risk that the patient may die is taken. In view of the situation, however, the patient and the doctor take this risk quite consciously. Because if the patient were to die, at least he would finally be relieved of his suffering. Even if one deliberately does not give a blood transfusion or ventilate the patient, one speaks of indirect euthanasia.

If a person decides that he or she does not wish to receive life-sustaining measures after a serious accident or illness, he or she can draw up a document in which he or she expressly renounces them. This document is also called a living will, because the patient specifies what will happen to him or her in certain situations. It is important to draw up such a document while you are still healthy. After all, accidents and illnesses happen unexpectedly. In the event of an accident, it is often no longer possible for the sick person to express his or her wishes. If there is a document in which it is written how to proceed in such cases, the environment knows about it without having to tell them verbally.

Also interesting:
What Is Suicide?

The purpose of this is to avoid the possibility of living with a disability. This is because brain damage often remains after ventilation. Those affected then vegetate more than really live. Of course, it is up to each person to decide whether he or she sees it that way or not.

Passive euthanasia is not euthanasia in the true sense of the word. This is because one merely refrains from continuing to maintain life-sustaining measures. If, for example, artificial nutrition is dispensed with, the patient may die sooner or later.

At the time of writing, euthanasia is generally prohibited in Germany and Austria. In Switzerland, the situation is somewhat different. Here, the laws on this subject are not quite as strict, although active euthanasia is also prohibited there.

Also interesting:
Gates And Zuckerberg Want Internet For All

Even if the patient has clearly expressed his wish for euthanasia, this wish may not be fulfilled. This would constitute killing on demand. And that is a punishable offense.

2) Why do some sick or elderly people want euthanasia? Why do they want to die?

3) Do you know someone who is very old or sick and suffering? What experiences have you had dealing with this person? Write down how this person has affected you and how they feel. If you like, you can draw a picture or write down your thoughts in bullet points.