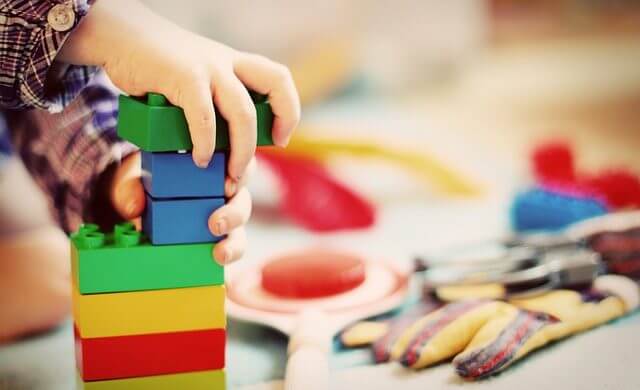 When children play, parents can only support this. Playing promotes fine motor skills, thinking and creativity. In particular, the imagination of children is addressed.

But as is so often the case, parents can get a lot wrong when it comes to this topic.
Because often parents want the right thing and do the wrong thing. For example, if you overwhelm your child with toys, do not want to play along or, if you play along but know everything better.

Many parents also don’t want to allow messes. After all, you want a neat child. At the same time, children really need a pronounced chaos when playing in order to give free rein to their creativity and imagination. Order can also be restored after playing.

When Is The Right Moment To Do This?

The wrong one is in any case the one in which the child is playing highly concentrated. Disturbing it now is tantamount to a mortal sin. Whether it’s lunch time or a walk, don’t disturb your child when he is completely absorbed in his play. Rather, wait until your child is able to perceive his or her surroundings again. You will save yourself and your child a lot of unnecessary stress.
Waiting patiently does not always work. However, in most situations you should let yourself be guided by the guiding principle just described.

One of the biggest problems is the overabundance of toys. Especially at Christmas or on birthdays, all well-meaning relatives and acquaintances come and give the child presents. There is nothing wrong with small gifts. But when grandma gives a book, auntie a tricycle and uncle a remote-controlled car, the child soon doesn’t know what to play with first. In many cases, the boxes are then simply misappropriated and serve as a play platform, while the actual contents languish in a corner.

Parents should therefore direct the joy of gift-giving into the right channels. The best thing to do before the holidays is to make a list of who should give the children what and ask relatives and acquaintances to stick to it. So that grandma doesn’t always “have” to give stupid clothes, while grandpa is always “allowed” to give great toys, you can alternate each year.

Also interesting:
Cramming Without Back Problems - The Right Workplace For The Little Ones

In particular, make it clear to grandparents that your child doesn’t need so many toys. Grandparents mean well with their grandchildren. Only sometimes too well. Because when the 12th car is joined by the 13th, because “the little one likes cars so much,” the point is reached where it becomes too much. The family will probably still feel called upon to give more than the agreed amount. But that’s probably part of it.

6 thoughts on “What To Look For In Play And Toys”