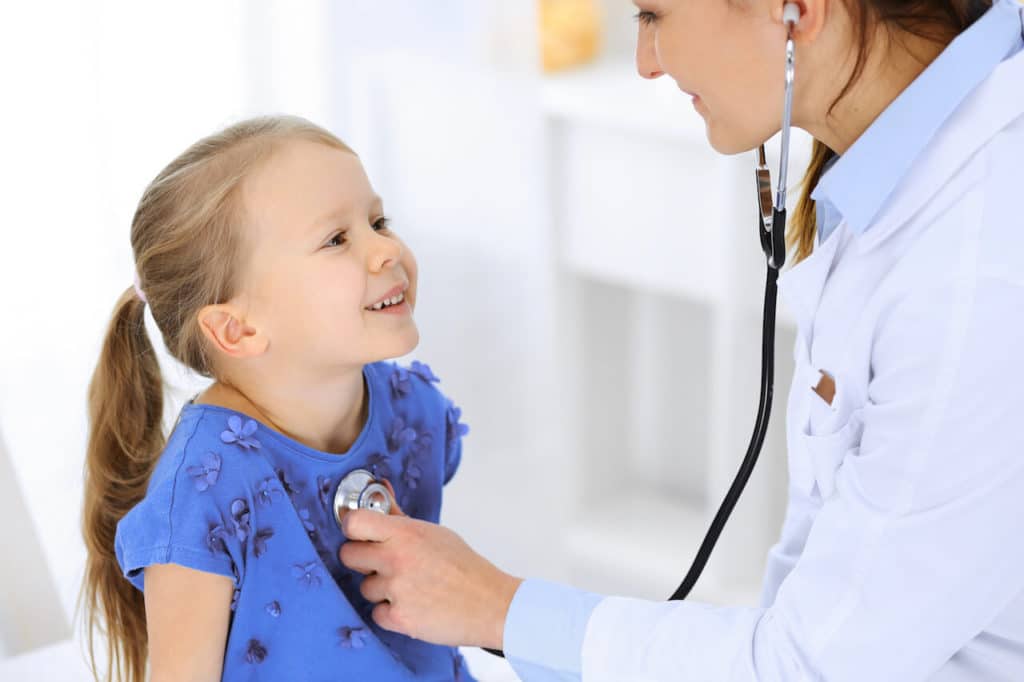 Infection with the RS virus often takes a severe course, especially in infants and young children. Approximately 2 percent of all those infected for the first time show severe symptoms that require hospitalization. Of those hospitalized, approximately 1.7 percent of infants die despite continued observation and treatment.

Everything you need to know about the RS virus can be found here.

Many Deaths Caused By The RS Virus Every Year

Waves of RS virus infections often overlap with influenza waves. However, mortality from influenza viruses is three times that from RS viruses. On the other hand, an estimated 600,000 people die annually from RS infection.

Furthermore, there is a risk of developing an additional, bacterial superinfection during RS virus illness. If such a severe case occurs, intensive medical treatment is usually required.

As a preventive measure, a passive vaccine against pathogens can be administered. For cost reasons, however, the vaccine serum is reserved exclusively for various high-risk cases. To make matters worse, the vaccine effect only lasts for a few weeks and must be continuously renewed, especially during the high season from October to April.

The RS virus is the human respiratory syncytial virus. In addition to the two common subtypes A and B, there are the rarer subtypes S2 and RSS-2. The disease was first described as early as 1956.

At that time, chimpanzees were infected with the pathogen. However, the course of the disease remained comparatively mild, so that the affected animals only developed an acute inflammation of the nasal mucosa. It is now known that the virus affects the entire respiratory tract.

The mucous membranes of the upper respiratory tract and the ciliated epithelium within the trachea and bronchi are particularly affected. In young children, infection of the lungs is remotely possible, so that symptoms of pneumonia may even develop.

Also interesting:
Pain In The Belly Button: These Are The Causes

If, on the other hand, bronchitis develops in the course of the infection, it is also referred to as RS bronchiolitis. The duration of bronchitis is very individual and depends on the general course of the disease.

In general, the RS virus can affect people of all ages. In adults, however, the infection leads to a milder course than in children, infants, and toddlers. RS viruses are considered the most common cause of hospitalized respiratory illness in infants and young children.

The virus becomes dangerous in premature babies with insufficient lung maturity and in babies with congenital heart defects. In this context, the RS virus is fatal in one out of every hundred cases. In addition, all other infants are also at risk.

It should be noted that 50 to 70 percent of all children become infected with the virus within their first year of life. Boys and girls are affected equally often, but the risk of a severe course in boys is almost twice as high as in girls.

An illness with the RS virus is considered highly infectious. Infection is very easy and fast. In RS diseases that are treated as inpatients, the risk of infection for fellow patients and for staff is also extremely high.

For this reason, patients suffering from the virus should always be isolated. In this way, the spread of infection on the respective ward can be prevented. The viruses are transmitted by smear and droplet infections. The incubation period, i.e. the time between infection and outbreak of the disease, is given as two to eight days.

Also interesting:
Your Baby Cries In His Sleep? These Reasons Are Responsible

How To Recognize The RS Virus

The symptoms of an RSV infection can be very individual and vary greatly from patient to patient. It is problematic that adults who are generally healthy usually do not show any symptoms, but are still highly contagious.

Furthermore, the disease can be relatively mild, so that it is often assumed to be a simple cold. Typical symptoms in this context include a cold, sore throat, frequent sneezing and a dry cough.

In children, toddlers, and babies, on the other hand, it is often not only the upper respiratory tract that is attacked but also the lower respiratory tract, i.e. the bronchi and the lungs. In this case, in addition to fever, respiratory symptoms appear, which are characterized by accelerated breathing, heavy breathing, as well as coughing with sputum and rales when coughing.

Not infrequently, the symptoms are reminiscent of whooping cough. Furthermore, increased fluid loss occurs, characterized by a sunken fontanel and by cold, dry, and pale skin.

Other Signs Of Illness In RS Virus

Generally, other signs of illness include loss of appetite, weakness, refusal to drink, and a general feeling of illness. Within a few hours, symptoms of RS virus infection can worsen significantly.

In premature infants, respiratory failure is also not uncommon. The virus can also cause pneumonia. This pneumonia is contagious.

In general, you should consult a doctor with your child if he or she is suffering from flu-like symptoms, high fever and shortness of breath. At the beginning, a detailed medical history is taken, during which the doctor asks various questions.

For example, how long has your child had a fever, or has there been any shortness of breath? The drinking and eating behavior is also of great interest to the practitioner. Also important is any information about existing underlying diseases such as cystic fibrosis or heart defects.

After the anamnesis, the physical examination of the young patient takes place. The focus is on the mouth and throat area and any redness there, the ears, and the lymph nodes. Furthermore, the patient is listened to.

Also interesting:
Nose Drops For The Baby: Is The Use Really Useful?

In the case of bronchiolitis – bronchitis caused by the virus – a crackling and rattling sound is noticeable. The fingernails and lips can be used to quickly determine whether there is an undersupply of oxygen, which is usually caused by the infection.

RS virus is difficult to distinguish from other respirator diseases. For this reason, a swab of nasopharyngeal secretions is taken when RS virus is suspected.

In the laboratory, the swabs are examined in detail and viruses are detected if an infection is present. In contrast, antibody detection via the blood is rarely advisable. As a rule, the body produces only a few antibodies against the virus.

Treatment Options For An Infection With The RS Virus

There is no causal treatment for the RS virus. Instead, symptomatic treatment is important. The main focus is on sufficient fluid intake and expectorant measures such as inhalations.

Fever-reducing measures are also advised. If necessary, the nasopharynx must be kept clear by nasal drops and rinsing. If the course is particularly severe, with symptoms of pneumonia, for example, respiratory support is necessary. Respiratory support may also be advised in bronchiolitis, but not for the entire duration of bronchitis.

Preventive Measures Against The RS Virus

RS virus, like pneumonia, is contagious. The risk of infection is very high. The main preventive measures are various hygiene standards. These include:

Interestingly, it should be mentioned that breastfeeding children suffer from respiratory diseases significantly less often than bottle-fed children. Breastfeeding can therefore have positive effects on the prevention of RS infection.

No Vaccination Against RS Viruses

There is no active vaccination against RS viruses. However, for high-risk groups such as premature infants or children with heart defects, there is a passive vaccination that is administered monthly during the high season, from October to April.

In general, the prognosis for RS virus infection is positive. In otherwise healthy patients, bronchitis duration is generally short and the course is relatively mild. In most cases, the infection resolves on its own after a few days.

However, regeneration of the mucous membranes in the respiratory tract can take up to eight weeks. In contrast, risk groups such as premature babies or children with underlying diseases can suffer a very severe course, which is fatal in approximately one percent of all cases, even with intensive medical treatment.

Most Frequent Complications Of RS Virus

The most common complications of RS infection include inflammation of the middle ear. Furthermore, the infection can lead to hypersensitivity of the entire respiratory tract, resulting in early-onset asthma. In addition, existing conditions such as asthma can be significantly exacerbated by RS virus.

FAQs About The RS Virus

2. How long does the RS virus last? The duration of the virus disease is individual and depends on the course, age, and any existing underlying diseases. In otherwise healthy people, the disease subsides on its own within a few days.

3. What to do in case of RS Virus? If you suspect that your child has contracted the RS virus, you should consult a pediatrician. Self-medication is not recommended because of the possible complications.

4. What helps with RS Virus? In principle, there is no basic therapy against the virus. The treatment refers to the relief of symptoms, so that, for example, fever-reducing agents, expectorants, or inhalations are administered.

5. How is the RS virus diagnosed? If the disease is suspected, doctors take a throat swab, which can be used to detect the virus. 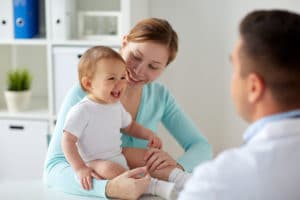 Oral Thrush – The Painful Fungus In The Mouth Area 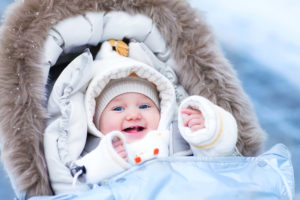 Cough In The Baby – What To Do?