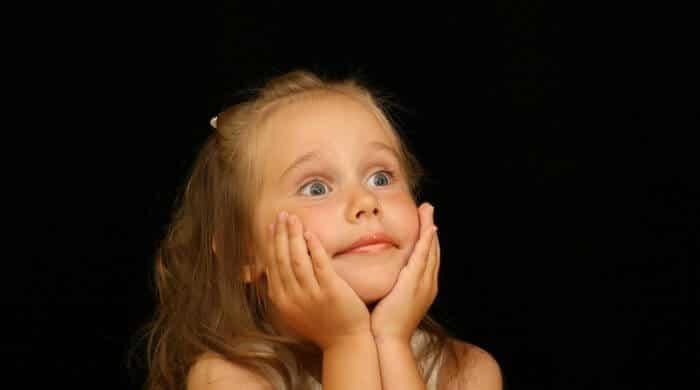 Normally, parents raise their kids to a certain extent the way they themselves were raised. And they do so even when they actually want to do better. Many practices have crept into the parenting methods commonly used in this country that put a strain on a good parent-child relationship in the long run. They are partly responsible for the fact that kids often don’t follow. This little guide for more or less long-suffering parents deals with the detection of those bad habits.

If the child receives different messages from the two parents, this can only be detrimental to the upbringing. If one parent sets a consequence, it is not a good idea to stab him in the back. Agreements help here. For this, of course, the communication between the parents must be right.

If a problem has existed for a long time, then it is best to discuss with each other how to proceed. This also prevents being played off against each other by the child.

If parents feel pressured because the child doesn’t want to follow, many react as follows: a dramatic consequence is threatened (“I’ll leave you home alone if you keep dawdling.”). Even young kids are very good at distinguishing between such fairy tales and realistic consequences.

However, stressful situations in which you have to quickly invent a fairy tale can be avoided. It’s best to motivate kids in advance to behave properly. Example: “If you manage to be dressed by 7:30, we’ll go to the bakery before school and you get to pick out something yummy.” Of course, this example is only useful for kids who already know the clock. The demands you make on the child should always be precise, understandable and realistic. Otherwise, disappointments and discussions may arise, which will make your life difficult again.

If the communication with the child is not – as mentioned above – precise and understandable, the child will not follow. This is not because the child does not want to. If it does not really know the rules because they have been formulated too vaguely, it will find it difficult to follow them.

Also interesting:
Germany Is In The Semifinals

What are the rules in your household? Are they concise, implementable by the child and understandable? In most households, there are only a small number of important house rules that apply to everyone. That’s fine. However, these few rules need to be very clear and known by everyone. If parents decide how the child should behave depending on the situation, the child never has a chance to do anything right.

If this is the problem, set up some clear everyday rules. Consider the following things, for example:

If your child’s behavior in a particular situation doesn’t suit you, give clear instructions instead of just getting upset.

The motivation mentioned above to go to the bakery together should be an exception. Don’t raise your child to expect something in return for everything. Otherwise, he or she will stop following your rules if there is no material reward in return. Instead, small gifts should be special. For example, as a consolation after a vaccination at the doctor.

Threats and unpleasant consequences for the child are quickly pronounced. But then actually following through with them requires a certain degree of toughness, which is indispensable for sustainable parenting.

If you demand a certain behavior from a child, he or she should know: He or she means it. Often parents do not adhere to this principle because they think: “The child won’t abide by it anyway”. Resigned, they give in because they can’t withstand the child’s pressure.

Instead, it is better to teach the child forcefully and at eye level what is expected of him or her or how he or she should behave. Smaller children are best simply distracted, giving them a “nudge” in the right direction.

Consequence At The Wrong Time

In order for a child to understand the reason for a consequence, it must be set as soon as possible. It does not help, but rather hinders, if you give in first and then set consequences a little later.

If too much time passes between the undesirable behavior and the parent’s reaction to it, the child will no longer understand the world. This is also the case with pre-announced “punishments”. Bad example: “If you don’t stop playing with your food, there will only be bread for you tomorrow.” Better would be, “Are you going to eat properly or would you rather give me your plate?”.

By the way, the consequence should always be a logical consequence of and related to the undesirable behavior. Bad example: “If you don’t do your homework right away without further dawdling, you won’t get dinner tonight!” A better example would be, “Until you finish your homework, you can’t go play either.”.

Much Ado About Nothing

As mentioned above, you should always talk to your child in a way that he or she can understand what is being said. Long, rambling sentences lead to simply being ignored.

If you try to explain to the child again and again what you want from him, he can switch to “stubborn”. Then it no longer wants to listen to the constant talk of the parents and simply does what it feels like. At that moment, it knows that it has the parents right where it wants them.

Explain to the child succinctly what you want from him. If you have formulated your request correctly, it is enough to say it once. Do not allow any discussion and do not fall prey to the mistaken belief that constant repetition will make things better.

Let The Child Educate You

Kids know how to influence their parents. If they fear that the child will withdraw their love, they can easily be wrapped around their finger. They then give in easily and let the child get away with everything.

Remember: It is perfectly normal and necessary to insist on certain things from time to time. The child does not suffer from this, but must feel these limits. Only in this way does it feel: My parents know what they are doing. They are strong and I can rely on them. This principle can be found in the pedagogy of trust according to the Join-Up principle.

Sparing Use Of Praise

Most of the time, educators and parents only react when a child does not behave as it should. At that moment, our inner alarm bells ring and we know, “Now I have to act!”. It’s different when the child behaves properly. As adults, we assume that people around us behave according to the rules. That’s why we often don’t even register when a child does something right for the first time that may have been difficult for him or her before.

Negative attention in this form can lead to an increase in undesirable behavior. After all, in this case, the child is only the center of attention when he or she does exactly the opposite of what you want him or her to do.

So don’t forget to praise your child when he or she does something right. Because kids enjoy pleasing their parents, honest praise reinforces desired behaviors.

While older kids and teens are very much in control of their behavior, toddlers are not. They can’t control their behavior very well yet, so they will repeatedly break rules without realizing it. Even nonverbal parenting methods cannot change this.

Also interesting:
How Kids Get Through The Day Healthy

Every parent should be aware of this fact. It must be absolutely considered in the education.

Basically, the child will not become more well-behaved if you express derogatory messages to him. The relationship between parent and child deteriorates as a result, and the child’s soul can suffer considerable damage. After all, parents – especially until puberty – are the most important people in children’s lives. Their opinion is highly valued. It is all the worse for kids when they are devalued by their parents. Examples of devaluing messages:

It also doesn’t help much to blackmail the child with feelings of guilt (e.g.: “Oh great, now I’m feeling bad again because you’re acting like this.”).

Of course, it is legitimate to share your feelings with the child. However, only to a certain extent and without reproaching him. For example, “It hurts me that you call me names.” or “I have a headache today. That’s why I don’t want to discuss this with you right now.”

If you feel helpless and don’t know what to do, it can sometimes get to the point where sentences like “If dad finds out later how bad you are, phew. But then there will be Zorres”.

That’s a shame, because kids should actually look forward to a parent coming home. Instead, statements like this stir up fear. This doesn’t exactly contribute to a good parent-child relationship and, on top of that, damages the child’s trust in you.

It’s better to mention your partner when praising the child for proper behavior: “But I’ll have to tell Dad that you did such a great job helping me today! He’ll be happy.” Here, putting your partner on the spot also has a reinforcing effect – but in a positive sense. 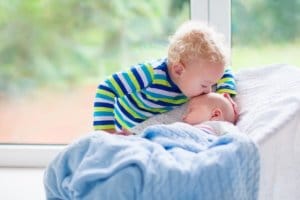 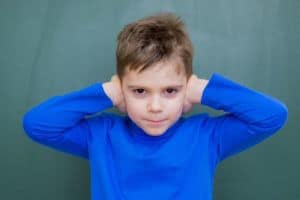 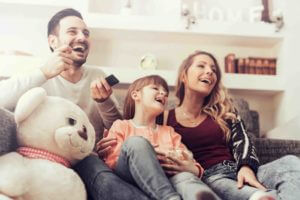 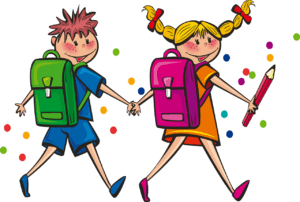 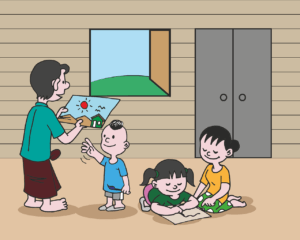 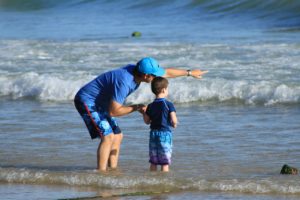 You Can Be Relied On: Trust Pedagogy As A Parenting Style 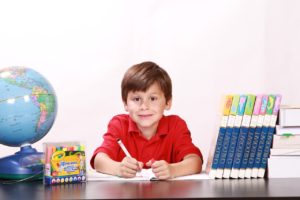 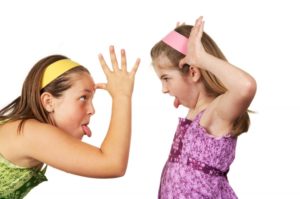 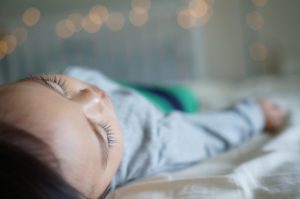