Home > Child > Kids news > Is It Okay To Make Jokes At The Expense Of Others? 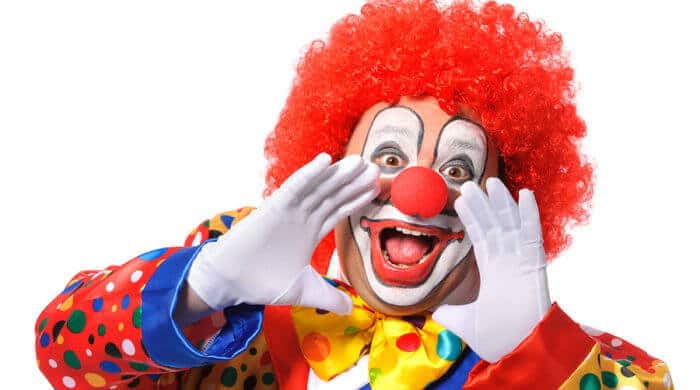 Laughter is healthy! In fact, humor has a health-promoting and stimulating effect on the human body. Adults, grandmas & grandpas but also little babies love to laugh to their heart’s content. It has a relieving effect when someone tells us something funny and we can laugh about it.However, people don’t always find the same things funny. While some can giggle at the same joke over and over again, it takes a lot more to draw others out. In general, jokes are a simple but extremely effective way to make new friends and arouse sympathy. Those who laugh together are connected by a pleasant, intimate feeling. That’s why we like it when others can make us laugh with their humorous ways. In order to develop a sense of what is generally considered funny and what is not, you need sensitivity and experience. Of course, whether you are good at telling jokes or not also depends on individual character traits. As different as our tastes in humor and our abilities in this area are: Some things are true for everyone. No one wants someone to make a joke at their expense. That’s not only embarrassing, it can really nibble away at your self-confidence. Because this topic is connected with so many intense feelings and always moves us, we present you today our jokes etiquette for beginners.

Humor can have healing powers. Just think of the clowns who help seriously ill people in hospitals to find diversion and beautiful moments. On the other hand, embarrassing remarks can hurt us deeply. The tone makes the music. And so it always depends on who is telling the joke. If people are on good terms with each other, they are more likely to laugh than if they actually dislike each other. Below, we’ll cut to some types of jokes and give you tips on dealing with humor. Double entendres and classic jokes. The most harmless jokes are usually those in which you laugh at double entendres or funny incidents. Word jokes and question jokes are usually unambiguous and always go over well. You won’t hurt anyone with the classic joke – ideally, you’ll even break the ice with it if there’s an unpleasant mood in a group. Jokes without a punch line. Do you know anti-jokes? These are sayings that somehow don’t make sense. Actually there is no punch line and yet you have to laugh. A punch line, by the way, is the turning point or climax in a joke. It’s the point at which you usually start laughing

Jokes without a punch line are funny because they don’t make sense. These jokes can also make you laugh your head off. Anti-jokes also don’t hurt anyone. However, not everyone understands them. So don’t be surprised if no one in a group understands what you find so funny about the anti-joke.

Discriminatory, racist and sexist jokes. Unfortunately, there are a lot of jokes that discriminate against certain groups. To do this, people use stereotypes, exaggerate excessively and expose other people. Some cases of bullying have arisen from those jokes made at the expense of a very specific person. Quickly, it becomes more than a funny round. Discriminatory jokes include sayings about people from certain (federal) countries, with certain hair color (blonde jokes), certain gender (sexism) or certain skin color (racism). There are so many other types of jokes. Therefore, you can safely refrain from telling stupid, discriminatory jokes. Besides, those jokes that you have to think about a little are much funnier than crude sayings that everyone knows anyway. At school, in training or on the job, it can happen that colleagues or bosses take offense at such jokes. So this inappropriate kind of humor can be a real eye sore.

Self-Irony – Laughing At Yourself

You know when something totally embarrassing happens to you in the middle of a group of people you know well? Such situations are really unpleasant. Usually there is at least one stupid remark from one of the people present and you want to sink into the ground for good.You can defuse such embarrassments by learning to laugh at yourself. The best way to do this is to make fun of yourself a little more. This kind of humor is called self-irony.

On the one hand, it’s great because then you have to laugh yourself and don’t have time to feel embarrassed at all. On the other hand, it’s very likely that the rest of the group will also laugh to their heart’s content at your self-deprecating remarks. Self-irony hurts no one and helps boost self-confidence. Always having a snappy saying at the ready and being able to poke fun at yourself makes life easier. Because that helps you not to take life itself so bitterly seriously. Then things suddenly become much easier.

Also interesting:
A Short Tour Through The World Of Hormonal Contraceptives

Telling jokes has to be learned. There is no shame in practicing when you are alone and undisturbed. This way you feel more confident when a situation arises to tell a joke. Especially shy kids can jump over their shadows this way and make up sympathy points with their (new) friends in the process. The more often you deal humorously with embarrassing situations, tell jokes and act quick-witted, the easier it will be for you to talk casually with people you don’t really know that well yet.

Do Not Laugh At All Jokes

Even if a teacher or a boss tells jokes, you are not obliged to laugh. If someone tells a joke that is at someone else’s expense, feel free to admit that you don’t think it’s okay. Share your opinion by intentionally not laughing when you hear a discriminatory joke. Some people need just such a reaction to realize how embarrassing their behavior is. By showing courage, you’re teaching them a lesson. Some people just tell unfunny jokes or are completely untalented at telling jokes. Even in this case, you are not obliged to laugh out of politeness. Rather stay honest and stand by your opinion.

Also interesting:
An Animal Is Not A Suitable Christmas Gift

Meanwhile there are a lot of humorous chain mails. They are peppered with animal photos, funny films or invented stories. Everyone knows them, everyone sends them on. Please don’t do that! Chain mails usually contain many e-mail addresses of the people who received the mails before you. If you forward them, you can’t be sure that your e-mail address will be misused at some point. On the Internet, it is quite easy to receive masses of advertising mails or inappropriate content by mail. Hate mails that aim to bully a certain person by spreading untruths about them can even have serious consequences. This is because it is illegal to bully other people over the Internet by writing hate mails. Explain to your friends that this is too risky for you and refrain from forwarding these emails.

2) Why should you not make jokes at the expense of others?

3) Should you forward funny chain emails or rather not? Explain your answer.