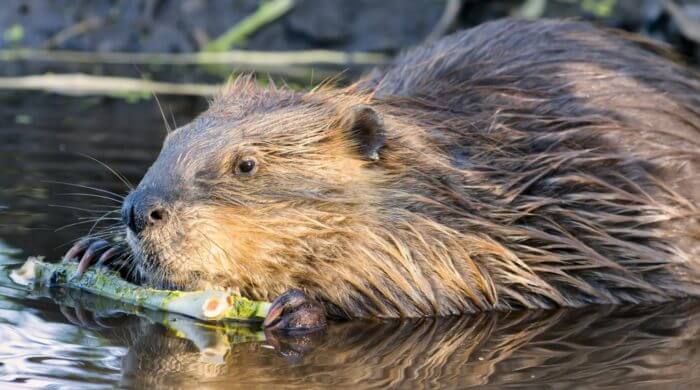 Once again a Beaver rodent has caused a stir. This time, however, with consequences, the rodent caused an accident on a playground in the outdoor pool in the town of Falkenstein in the County of Cham. On Saturday a tree fell down there, which had been gnawed on by the beaver before.

Mother Can Save Her Child In The Last Second

A young mother, who was there with her son, was able to save her child in the last second. When she realized that the tree was falling, she thoughtfully threw herself over her son. After investigations, it was almost put that the beaver had gnawed the 20 cm thick tree trunk before so strongly that the tree could not withstand a wind gust and fell down. During their rescue operation, the 24-year-old mother was hit by branches of the 15-meter-high tree, as was another child who had also been in the vicinity. The son of the same age, however, remained unharmed. However, it remained fortunately only with light bruises and a few skin abrasions, which were treated however for precaution in a hospital.

Also interesting:
Playground Instead Of Screen - Tips For Kindergarten Age

Not The Only Damaged Tree

After the accident, the fire department dismantled the tree and removed it from the area of the open-air swimming pool. On the area of the open-air bath and in the closer environment are however still further trees, which were already gnawed by the beaver strongly. According to the municipality, there is still no danger to other people, but it must now be decided what will happen to these gnawed trees and whether they may have to be felled. It is also still unclear what is to be done with the beaver, which has unfortunately only caused quite a lot of damage so far.

Beaver are mammals and belong to the genus of rodents. They are the second-largest rodents in the world. A distinction is made between the European beaver and the Canadian beaver.

The Cham county is the easternmost county of the administrative district of Upper Palatinate and is located in the east of Bavaria. The district of Cham is the fifth largest district in the state of Bavaria.