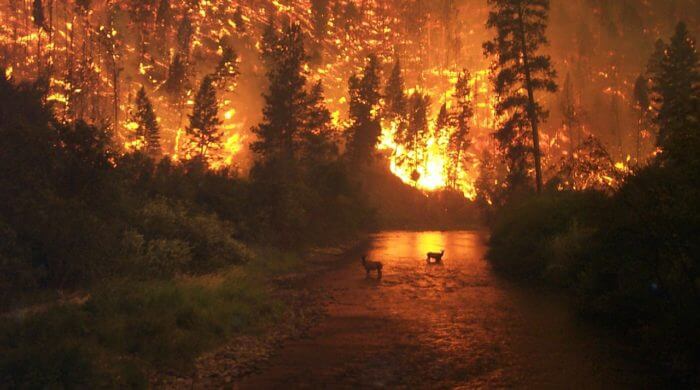 In the country of Canada, quite a lot of forests are burning and thousands of people have to run for safety.

In Canada, especially the Province of Alberta quite heavily under drought. For many days it is very warm there with temperatures of about 30 degrees and no rain. Therefore, many forests are very dry and therefore forest fires have broken out there. It is very bad around the city of Fort McMurray. About 100,000 people live there and most of them had to leave their homes and get to safety. Most of the houses burned and the city was almost completely destroyed.

Not All People Have Fled

But there are still people in Fort McMurray who just didn’t want to leave there. About 25,000 of them have stayed in the northern part of the city. But now this part is also threatened by fire and people’s lives are in danger. That is why they are now being brought to safety by helicopters and by airplanes. Fortunately, there have been no deaths or injuries so far. But the people there have lost almost everything they owned because of the fire.