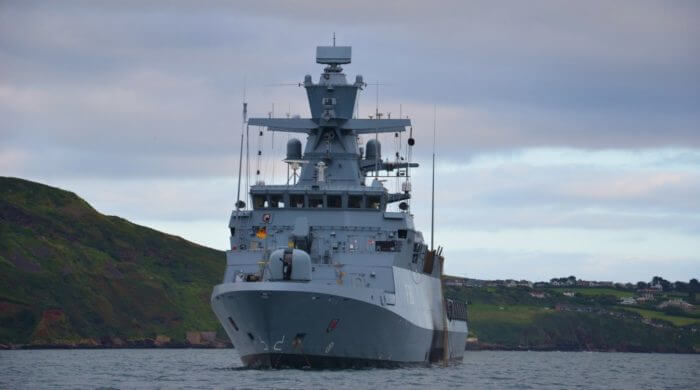 The German Armed Forces on the fourth day of its deployment in the Mediterranean Sea rescued some 200 people who had got into distress with a completely overcrowded wooden boat and would probably all have drowned if the Frigate “Hesse” of the German Navy had not been in the vicinity. On the same day, another 200 people were picked up from small boats by the Bundeswehr supply ship “Berlin”.

The Current Wave Of Refugees Has No End

There is no end to the refugee catastrophe in the Mediterranean. People come from Africa to start a better life in Europe. Hunger, displacement, and war make them start the dangerous and illegal journey across the Mediterranean Sea – and the hope to enjoy life in prosperity as we are used to here in Europe. For this, they pay money to so-called smugglers, for which they receive a passage across the Mediterranean Sea in small boats, which are usually completely overcrowded and thus in small waves already capsize can. Since the beginning of the year, at least 1750 people have drowned in the process, several hundred people in the last few weeks alone, including many women and children.

Since last week, the Bundeswehr has also been involved in securing the borders of Europe, and right at the start saved the lives of 200 people about 70 kilometers from the border of Libya, who otherwise would not have been able to steer their boat all the way to Italy and would probably all have drowned. The problem that arises: The refugees are all illegal immigrants when they are brought ashore by the German navy to Italy. They have to be helped – they need clothes, food, and a roof over their heads. And the Europeans have to pay for it with their money because the people from Africa don’t bring any money with them, they don’t have any money. A big problem that will exist for a long time, because Europe is rich and Africa is poor.

The German Armed Forces is the army of Germany since 1955. It consists of land-air and water forces.

The Mediterranean Sea is a secondary sea of the Atlantic Ocean and lies between Europe, Africa, and Asia.

A Frigate is a ship of the army. Mostly frigates are smaller warships, which are also armed.

The water forces of the Bundeswehr are referred to as the Navy and include small and large warships and also submarines.

Capsize is what it is called when watercraft such as ships and boats overturn.