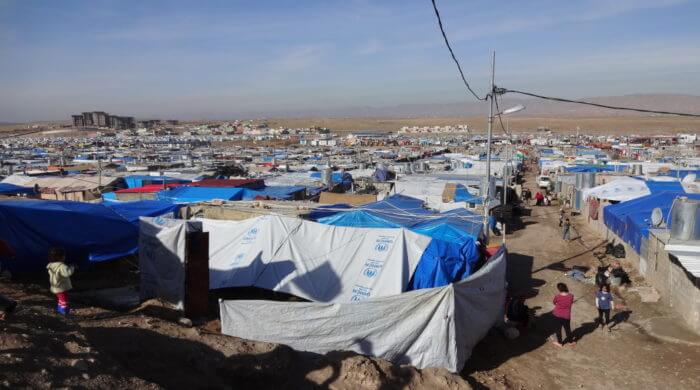 Four years ago in Syria people began to complain against conditions in the country and against the government there, and there was a Civil war. Since that time there is no war in this country and very many cities are destroyed. For the people there is life there very very bad and they get hardly help.

Especially for the children in Syria, the situation is very bad. Very often there is not enough to eat, children get sick and they can’t be helped because medicine is missing. Many people sleep under the open sky or in tent cities without running water. Children cannot go to school either, because most of them are either closed or have been destroyed. Many people there are very afraid and therefore leave the country with their families. It is assumed that more than 3 million people have already fled to other countries. Also in Germany, many families have already come and hope here for a better life.

What Is Going On In Syria?

Syria is ruled by a man named Assad. He is the president there, but a bad president. He has only ever cared about increasing his wealth and has not cared about the welfare of his people. That’s why the people there started complaining about it four years ago and were really angry with the president. These people have formed into groups and are called rebels. These rebels are now fighting against President Assad’s army and probably more than 200,000 people have already died. Soldiers, rebels, but also old people and many children. There is a lot of hardship and misery in the whole country and unfortunately, there is still no end in sight.

Syria is a state in the Near East and borders Israel and Jordan to the south, Lebanon and the Mediterranean Sea to the west, Turkey to the north, and Iraq to the east.

Civil war is the term used to describe a conflict that takes place in a country between the citizens of that country and is carried out with the help of weapons.