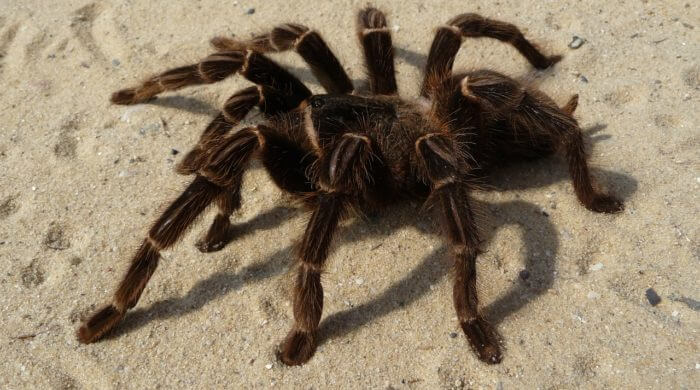 In the USA, researchers have discovered a new type of Tarantula discovered.

A tarantula is really creepy. It is big, black, also has legs and is really hairy. A new species of this tarantula has now been discovered in the USA. The spider was named after a famous singer from the U.S.A. and it was named after Johnny Cash. But this has its reason because Johnny Cash was very often dressed completely in black. That’s why he was called “Man in Black” and that’s why the researchers thought that this name would also fit well to the new species of tarantula. Its full name is now Aphonopelma johnny cash.

Researchers Have Been Searching For Ten Years

Researchers in the U.S. have spent more than ten years searching for tarantulas in a fairly large area of the United States. In the process, they took a closer look at about 3000 different tarantulas. A total of 14 new species have been discovered. This means that there are now 19 different species of this spider in the USA alone.

The Tarantula belongs to the arthropods. The largest of its kind is 12 centimeters long and has a wingspan of 28 centimeters with its feet. Quite large, then, for a spider. If a person is bitten by a tarantula, it is not fatal, but it hurts quite a bit and you can be in pain for a few days.

Johnny Cash was one of the most influential US country singers and songwriters. Nicknamed the “Man in Black,” Johnny Cash wrote about 500 songs, sold more than 50 million records, and won 13 Grammy Awards. He was born in 1932 in the American city of Kingsland and died in 2003 in the famous musician city of Nashville.

Here is another video of Johnny Cash: