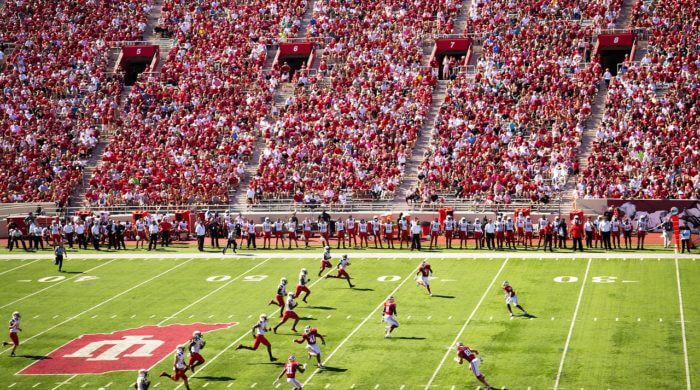 In the night from Sunday to Monday, it’s that time again. That’s when the USA will be hosting the Super Bowl will take place.

Hundreds Of Millions Of People In Front Of The TV

If Super Bowl is, then this game again hundreds of millions of people around the world will sit in front of the TV and watch this game. This year the Denver Broncos and the Carolina Panthers are in this final. These are the two best teams of this year and they are fighting for victory in the American- Football -NFL professional league.

For Lady Gaga there is a special honor this year at the Super Bowl. She is allowed to sing the national anthem of the USA before the game. But other great singers will also perform there. During halftime of the game, Beyoncé sings and the band Coldplay also makes an appearance.

Football although the Super Bowl is called “football” in German, it is not to be confused with soccer as we know it, for example, from the Bundesliga. In football, players throw the ball, which looks like an egg, to each other, sometimes playing it with their foot and trying to get the ball behind a line. If this ball can be brought there, it is a touch-down and it brings seven points.

Here in the video you can see a little bit more about the Super Bowl and football. There you can test your English skills