Home > Child > Kids news > St.Martin: Who Was That Anyway? 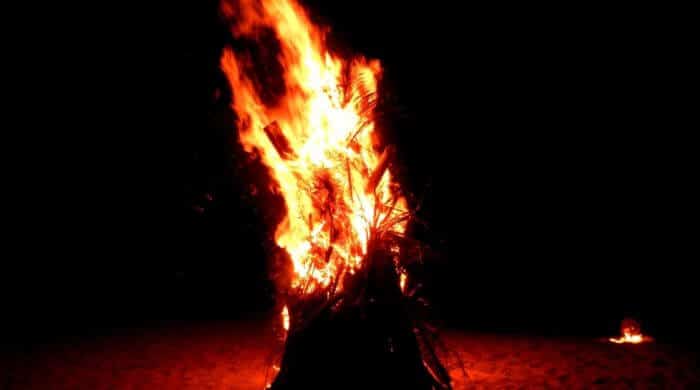 Every year on November 11, we celebrate St. Martin in Germany. Children make lanterns and buy torches, with which they then walk through the streets in a procession of lights and sing songs. In many places, the lantern procession is led by a man in disguise on a horse. The procession ends at a large bonfire. But where does the custom come from?

Why Torches And Lanterns?

In the course of history, several explanations have emerged. One explanation is that the lantern procession originates from the search for Monk Martin originated several hundred years ago. At that time, the monk Martin did not want to become the bishop of the French city of Tours and fled. People searched for him in the night with torches and lanterns. Others claim that when St. Martin was buried, there were many processions of lights and that is where the custom came from.

Saint Martin: A Monk Who Wanted To Do Good

But who was this Martin anyway? In 316 AD, Martin was born the son of a Roman officer in what is now Hungary. He grew up in Italy. As an adult, he joined the army, where, according to legend, he was a very helpful man. On an icy winter day, Martin encountered a starving and freezing beggar on his horse, whereupon he cut his coat with his sword and gave the beggar half of it.

This experience had a great impact on Martin, so he left the army, was baptized, and went to Poitiers to become a disciple of Bishop Hilarius. Since Martin became a very popular person among the people within a short time, he was soon to become Bishop of Tours, but he initially refused. Later, however, he accepted the honor and became Bishop of Tours.

A Monk is someone who dedicates his life to the church. A monk lives without his own property, he is not allowed to have a wife or children and must always do good. Most monks live in monasteries.