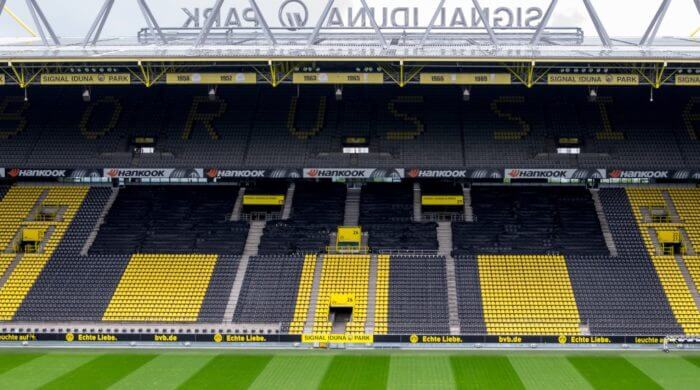 Since yesterday it is known that Thomas Tuchel will be the new coach at Borussia Dortmund in the new season. He thus takes over the difficult legacy of Jürgen Klopp, who last week quite surprisingly announced his Resignation announced his departure.

Dortmund has thus quickly found a successor after the very surprising resignation of Jürgen Klopp. Klopp had caused a shock with his decision to terminate his contract, which was still valid until 2018. Not only the club management of Borussia were very sad about it, but also the many fans of Dortmund and many other fans of football. With Klopp, Dortmund sees the end of an Era to an end that has been like a love affair.

Thomas Tuchel now gets a contract for three years. Like Jürgen Klopp, Tuchel also coached FSV Mainz 05 and now comes to Borussia. Jürgen Klopp himself had suggested him as his successor. Tuchel had now taken a year off and many other clubs were keen to have him as a coach. VfB Stuttgart was as much in the conversation as Hamburger SV or RB Leipzig from the second Bundesliga.

Klopp And Tuchel Is Very Similar

Both coaches are very much in agreement. They have the same Philosophy of football and like to let play modern and fast-paced football. But also the skill to appear in public distinguishes both. But a difficult task awaits Thomas Tuchel. Everyone now expects him to make Borussia Dortmund more successful next season than this year and quickly bring the championship back to Dortmund. After all, Jürgen Klopp managed to do this twice in a row in 2011 and 2012 and also won the German Cup in 2012.

Explanation Of The Difficult words

Resignation is the resignation of an office before the end of the normal contract period.

As Era is the term used to describe a time when a person made a special mark on that time slot and other people owed a great deal to that person.

Philosophy is often considered a certain view of things, which one would like to enforce or change. In many companies, but also in sports clubs, a certain philosophy is lived, which should make everything better.