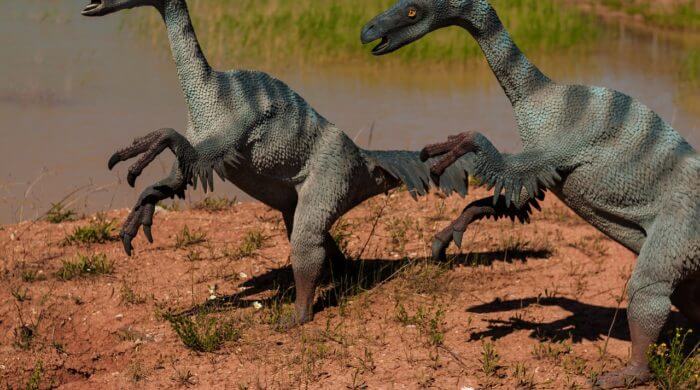 On an island, researchers have discovered traces of Dinosaurs dinosaurs. The island belongs to the territory of Great Britain.

When the researchers were on this island, which belongs to Great Britain, they discovered huge footprints. These tracks that were found clearly belong to dinosaurs. The researchers have now written about their discovery in a scientific journal. The discovered footprints are however already very very old. Estimated about 170 million years old. The footprints were made at a time when it was much warmer on this island and therefore they became visible in the ground.

The landscape there on the island at that time was also quite different from today. There were many shallow lakes there at that time, Lagoons, and also large rivers. As the researchers now assume, these dinosaurs liked to walk around in these lagoons at that time, because quite a lot of imprints were discovered there next to each other. In jest, one of the researchers said that it looks like a disco for dinos there. He said that just for fun, but the idea is funny. Kids imagine the picture when a lot of dinosaurs dance next to each other.

Also interesting:
O`Zapft Is: The Oktoberfest Has Begun

A Lagoon is a piece of water separated from the open sea by a strip of land, for example.