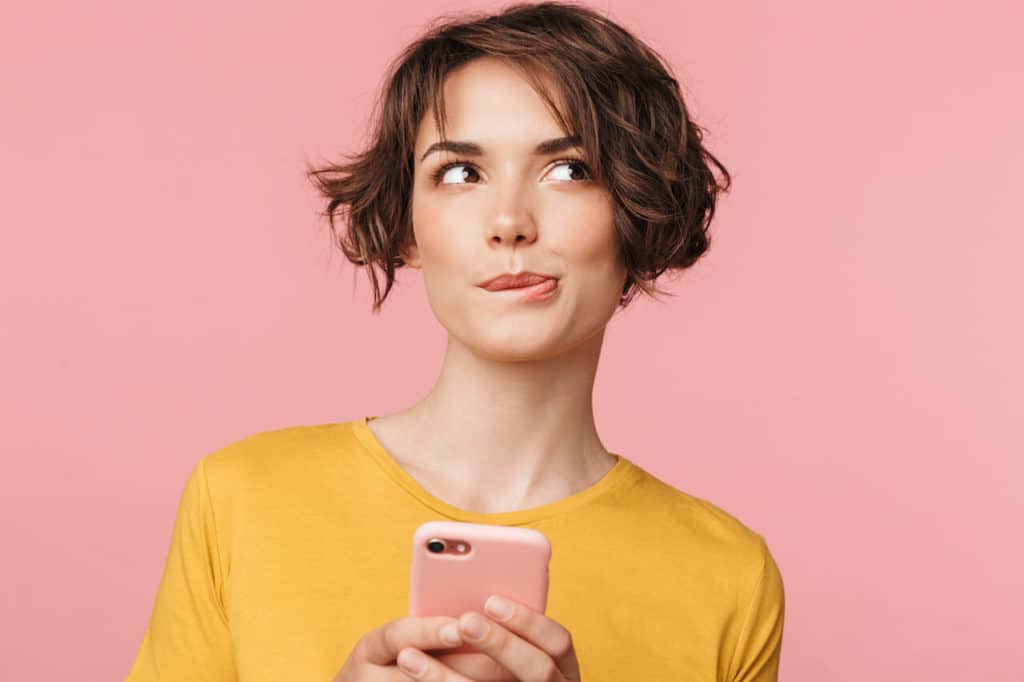 No new life without female hormones. A fascinating interaction of hormones: Understanding menstruation, pregnancy, menopause correctly and recognizing problems in time. What are the tasks of sex hormones? What happens when this harmony is disturbed?

In this article you will learn a lot of interesting things about female hormones that you definitely didn’t know yet.

Hormones are the secret choreographers in the dance of life. They control metabolism and organ function. They make us tired and in love, make us hungry and grow.

Hormones determine the formation of the sexes and the birth of a new human child. Male and female hormones are summarized under the term sex hormones or sex hormones.

Female hormones belong to steroid hormones due to their chemical structure. Steroid hormones are not soluble in water. They depend on plasma proteins as a means of transport for their passage through the blood.

Female hormones are produced in the pituitary gland, the ovaries and the placenta. The most prominent are estrogen and progesterone.

Female Hormones: These Tasks They Have

Over 30 different variants of estrogen (also: estrogen) are known to date. Of this group, estradiol, estrone and estriol play the main roles and are often referred to simply as estrogens. Estrogen is mainly produced in the ovaries, or more precisely, in the maturing follicles (egg follicles).

Several follicles mature in each cycle. At some point, this supply is depleted. If no more follicles are formed during menopause, there is an estrogen deficiency. Small amounts of estrogen are still produced in the subcutaneous fat tissue and in the adrenal cortices. In pregnancy, also in the placenta.

During puberty, they ensure that the girl becomes a woman. They promote breast growth, female distribution of fat pads, hairiness and voice. They form the secondary sexual characteristics.

Estrogens play an essential role in female fertility: they promote libido and control the menstrual cycle. In interaction with other hormones, they ensure that fertilization can take place. They play a part in building up the lining of the uterus. They liquefy the secretion (cervical mucus) in the cervix so that the sperm can progress more easily.

Estrogen is involved in many bodily and protective functions. This is known today because of the many receptors for estrogen that have been discovered almost everywhere in the body. Among other things, they play a role in bone formation, metabolism, the cardiovascular system, the psyche, and brain performance.

A natural estrogen deficiency exists once before puberty and then again during menopause. Before puberty, the general, functional tasks in the body are performed by other hormones (e.g. growth hormones).

During menopause, in addition to infertility, there are often unpleasant accompanying symptoms due to estrogen deficiency:

In cases of severe symptoms and a rapid drop in estrogen levels, hormone replacement therapy may be prescribed. For this purpose, artificial hormones are prescribed in the form of suppositories, patches, ointments or tablets.

Estrogen Deficiency In The Desire To Have Children

In young women, estrogen deficiency is not natural. It can lead to the fact that a desire to have children will not be fulfilled. Several causes can be considered for a lack of estrogen, including:

As a result, ovulation may not occur, egg maturation may be disturbed, or insufficient mucus may be produced in the cervix for the sperm to travel.

If estrogen deficiency is suspected, the gynecologist may order a hormone analysis to determine estrogen levels. The normal value in sexually mature women is around 50 pg/ml (picograms per milliliter).

Therapy depends entirely on the cause of the estrogen deficiency. The cause must first be found and eliminated. If necessary, estrogen preparations are prescribed. Estrogen should only be taken on a doctor’s instructions.

Estrogen From The Pharmacy

The best-known estrogen preparation is the two-phase birth control pill. With the active ingredients progestogen and estrogen, the body is made to believe that it is already pregnant. As a result, ovulation does not occur (ovulation inhibition), the mucus in the cervix becomes viscous and the build-up of the uterine lining is prevented. Undesirable side effects may include loss of libido, weight gain, and increased risk of thrombosis.

Even with hormone replacement therapy during menopause, the possible risks must be carefully weighed. Often, supportive measures from naturopathy and lifestyle changes can bring relief in a gentle way.

Medicinal estrogen therapy for young women who wish to have children should only be carried out under medical supervision.

Progesterone, The Body’s Own Progestogen

This transformation is initiated by the luteinizing hormone, LH for short. If this conversion is disturbed, it is called luteal insufficiency. It is the most frequent cause of an unfulfilled desire to have children.

Due to the progesterone deficiency, either implantation does not occur or a very early miscarriage occurs. As a rule, this deficiency can be compensated for by appropriate hormone therapy.

The Tasks Of The Corpus Luteum Hormone

After ovulation, progesterone ensures that the uterine mucosa is ready for the fertilized egg. The mucous membrane is supplied with more blood. There is also water retention in the tissues, increased body temperature, and glandular tissue in the breast also increases.

In the first few days, progesterone is responsible for making the egg feel at home in the uterus and preventing premature loss.

As a drug called progestin, it makes the body think it is pregnant even though ovulation has not occurred. The two-phase pill contains estrogen and progestin. The mini-pill consists only of progestin.

Ovulation is achieved with it only 50 percent of the time. But the effects on the endometrium and cervical mucus are sufficient to prevent pregnancy with relative certainty.

The interaction of female hormones in the monthly cycle is very complex. The cycle serves to prepare an egg cell for successful fertilization during the fertile years of a woman. In the further course, it then ensures that this fertilized ovum implants in the uterine mucosa and remains there. The monthly cycle begins with sexual maturity at puberty.

Three hormone production sites are largely responsible for the operation of this regulatory cycle:

The hypothalamus, the control center in the diencephalon, produces Gonadotropin-Releasing Hormones (GnRH). RH is basically just pushers for the right hormones. GnRH is released at intervals, approximately every 1.5 hours. It causes the release of the hormones LH (luteinizing hormone) and FSH (follicle-stimulating hormone). LH and FSH are called gonadotropins.

In the pituitary gland, these gonadotropins are released. The FSH then stimulate the formation of follicles in the ovaries. After ovulation, the LH ensures the formation of the corpus luteum from the follicles.

In the ovaries, in the cell layers around the follicles and in the corpus luteum, the two main hormones estrogen and progesterone are formed.

The Female Cycle, Anew Every 28 Days

Some women are actually ready to conceive only on the day of ovulation, while for others the fertile phase lasts almost into menstruation. To get a feel for this, it makes sense to look at the nature of cervical mucus and body temperature.

The 28-day Cycle Is Divided Into Three Phases:

Follicle stimulating hormone (FSH) promotes the maturation of 20 to 30 follicles per cycle. Estrogen is produced in the follicles. This stimulates the release of luteinizing hormone (LH) and prepares the uterine lining.

Stimulated by the high level of LH, the thickest follicle (Graaf follicle) releases its mature egg into the fallopian tube. Here it waits for fertilization, for up to 24 hours. The follicle produces some estrogen and a lot of progesterone.

This thickens the uterine lining and supplies it with blood and nutrients. If implantation does not occur in about four days after ovulation, the corpus luteum regresses. Progesterone and estrogen levels drop and monthly bleeding is triggered.

The endometrium is no longer supplied with blood and nutrients. It is shed with the menstrual period. Up to 150 ml of blood, mucus and tissue remnants are excreted during this process.

After successful fertilization, the corpus luteum remains active for three months and produces progesterone. After that, production is taken over by the placenta. The progesterone has the task of nesting the egg safely in the uterine lining and keeping it there.

The Cycle And The Cervical Mucus In The Short Version

The mucus from the cervix (cervical mucus) also changes its consistency during the cycle. During the fertile days it is clear, thin and draws threads between the fingers (spinnable).

The lactation hormone is involved in milk production and in the absence of menstruation after successful fertilization. Prolactin is produced in the pituitary gland. If it is produced in increased amounts due to stress or disruption of production, fertility problems may result.

This hormone is released by the placenta once the egg has nested in the lining of the uterus. HCG brings a positive result in pregnancy test.

Oxytocin is involved in the induction of labor and stimulates milk flow. In daily life, oxytocin is also secreted by the hypothalamus during pleasant skin contacts. Hence its second name, cuddle hormone.

In gynecology, AMH serves as an indicator of how many sexually mature eggs a woman produces. It is produced in the maturing follicles. The AMH level plays a particularly important role in reproductive medicine and family planning.

5 thoughts on “What You Should Always Know About Female Hormones”