Home > Health & Prevention > Female diseases > Do You Also Suffer From Lipedema? Here You Can Find Out 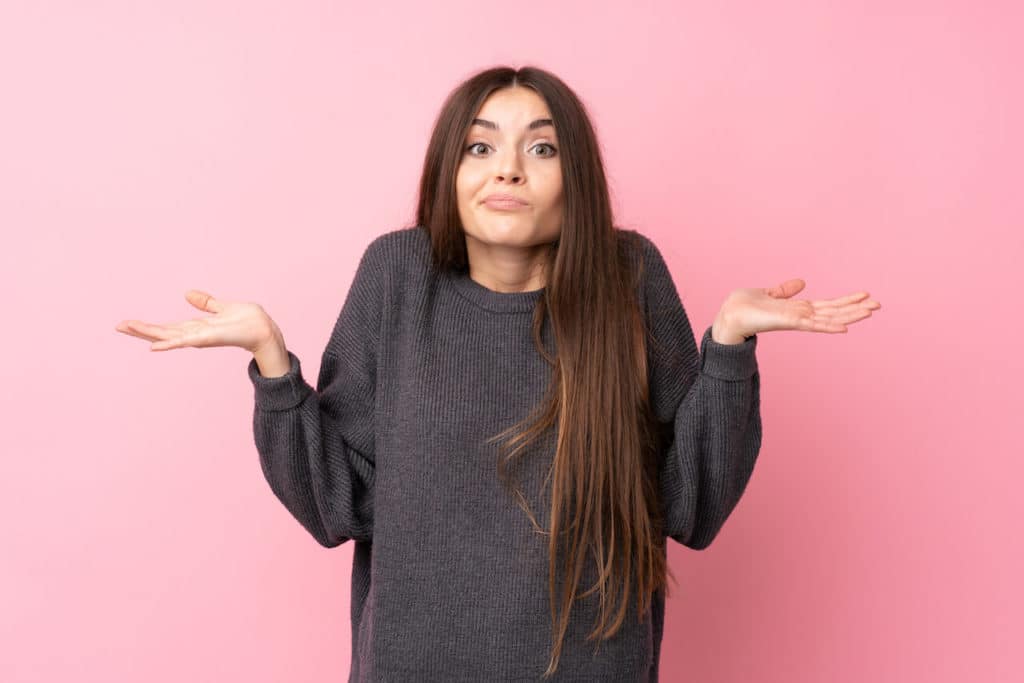 Are you pregnant or have you recently had a baby? Suddenly you feel pain in your legs, you have constant bruises and for some time you have been bothered by newly appeared dents or cramps in your legs? Then it could be that you are suffering from edema. More precisely, it could be lipedema.

Find out everything about lipedema here.

What Exactly Is Lipedema?

Lipedema is a chronic, progressive (advancing) disease and affects the distribution of fat in the body. In this case, there is a massive pathological accumulation of fatty tissue in atypical locations.

The hips, legs and, as the disease progresses, the arms or even the neck are usually affected. The disease affects almost only women, which is why hormonal causes are suspected as triggers. Pain in the leg, the tendency to bruises, and unsightly dents are the main features of the disease.

The term lipedema comes from ancient Greek and is composed of the words “lipos” (fat) and “oidema” (“swelling”). Colloquially, the disease is also called rider’s trousers syndrome and pillar leg.

The US physicians Edgar Van Nuys Allen and Edgar Alphonso Hines Junior first researched the disease in 1940 and published a scientific paper about it. Therefore, lipedema is also called “Allen-Hines syndrome”.

Edema can occur in many diseases. Basically, edema describes an accumulation of fluid in the tissues and resulting swelling. Edema is often called dropsy. The fluid comes from the body’s own system and can be blood or lymph fluid, for example.

If the filtering or resorption of the fluid is disturbed, it may enter and accumulate in the tissues due to backwater and great pressure. The fluid becomes more and more and leads to swelling, which is often visible and palpable from the outside.

Edema not only looks unsightly, it can also be painful. For example, edema often occurs with severe pneumonia and causes pain in the lungs and shortness of breath. In lipedema, pain in the legs is characteristic.

A very special type of edema is the classic water retention in the legs of pregnant women. This edema is completely normal during pregnancy and relatively harmless.

It cannot be prevented completely, but it helps to regularly elevate the legs and possibly wear compression stockings. Your midwife also knows other home remedies and tips against water in the legs.

There are two ways to categorize the severity of the condition.

Since lipedema is a progressive disease, it can be divided into three stages:

This stage is characterized by fine nodular changes commonly known as orange peel skin. However, orange peel skin affects over 90% of all women to a greater or lesser extent and does not mean that every one of them has lipedema.

In this stage, the changes are already more coarse-grained and large dents are already formed under the skin. Now pain in the leg is already felt regularly.

In stage three, very large, misshapen flaps of skin have already developed, which can also hang down. In this stage, severe pain is very common.

Five Degrees Of Severity Of Lipedema

In addition to the three stages, there is also a classification according to severity, with the leading characteristic here being the spread in the body:

Lipedema is spatially limited to the buttocks and hips (this is known as the riding pants phenomenon).

Lipedema has spread to the knees and there may also be flaps of fat on the inner sides of the knees.

Lipedema already extends down to the ankles.

Lipedema affects the arms down to the wrists in addition to the legs.

Lipedema extends to the backs of the feet and hands, and lymhedema may also occur.

The Causes Of Lipedema Are Not Fully Understood

Lipedema almost exclusively affects women, and in most cases the condition begins during or shortly after a period of strong hormonal changes, such as puberty, pregnancy, or menopause.

Therefore, hormonal causes are traded as probable triggers for lipedema. In addition, genetic dispositions also seem to be responsible, since lipedema runs in families.

If there are already cases of lipedema in your family, you should take the precaution of seeing a doctor if you notice signs such as pain in the legs.

What Are The Symptoms Of Lipedema?

Characteristics of lipedema are pain in the legs, hypersensitivity in the legs, and a tendency to hematoma formation. Symmetrical swellings, severe orange peel skin, and, later on, circulatory disorders are visible from the outside. In advanced stages, poor posture and gait disturbances can also be the result.

The symptoms vary, of course, depending on the stage and severity. In the beginning, you may not notice anything except pain in the thigh or increased bruising. The diagnosis is not so easy for a layman, only a doctor can reliably identify lipedema.

In addition to the clinical examination by palpation and examination, the doctor also takes into account the medical history, i.e. the history of the disease and diseases in the family environment. It is also important to exclude two specific diseases as differential diagnoses, namely lymphedema (accumulation of lymph fluid in the tissue) and lipohypertrophy (pathological proliferation of fatty tissue).

Further, the physician checks the so-called “Stemmer’s sign” – here he tries to lift a fold of skin above the toes. If this is successful, Stemmer’s sign is negative, which is more indicative of lipedema. If it is positive, lymphedema is more likely.

What Is The Therapy For Lipedema?

Therapeutically, there are a few different approaches to reduce fat accumulation and alleviate symptoms such as severe pain in the legs. One possibility, for example, is the regular wearing of compression stockings.

Especially in advanced stages, to facilitate the drainage of lymph, so that lymphedema does not occur in addition. Achieving and maintaining a normal weight also counteracts the development of fat accumulation.

For existing lymphedema, manual lymphatic drainage and functional lymphological therapy approaches can provide relief. All these measures are indicative of the therapy. However, if there is no improvement, there is also the possibility of surgery in the form of liposuction (fat removal).

However, this procedure should only be performed by an experienced specialist with relevant training, as the risk of lymphedema is increased due to the invasiveness of the operation.

The primary goal of the therapy is to reduce pain in the legs, as this is the main symptom of lipedema and enormously reduces the quality of life. 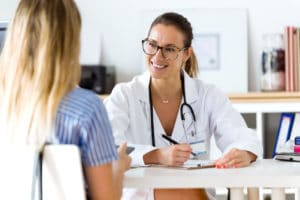