Home > Toddler > Development and promotion of the toddler > When Children Learn To Read: How To Make A Successful Start To Reading 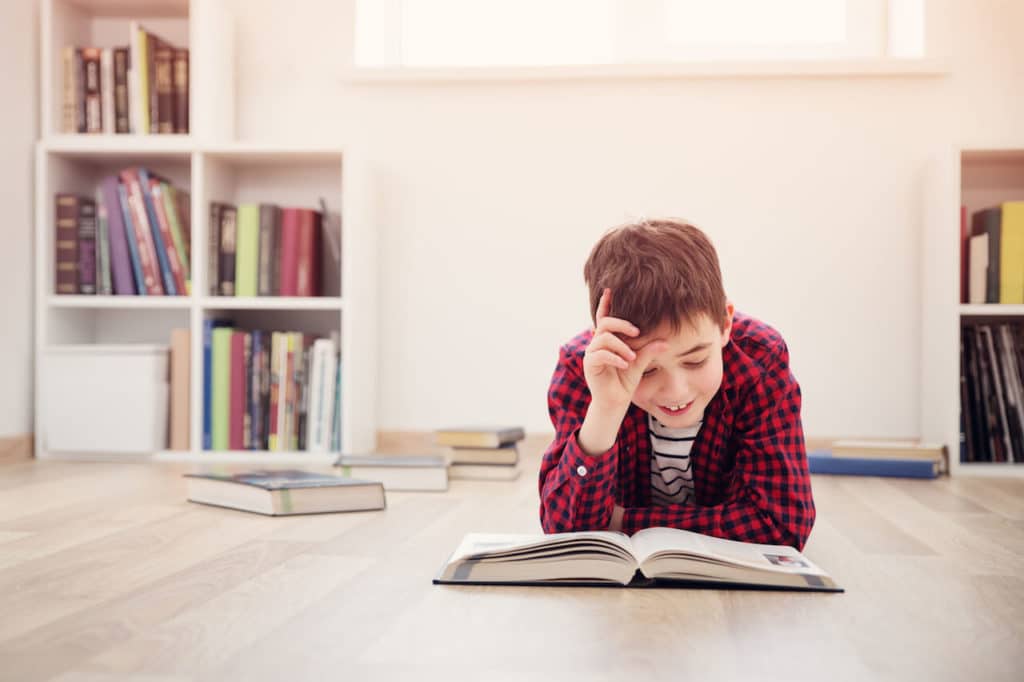 Learning to read is a special challenge for children. For example, they learn that letters stand for certain sounds and they practice combining letters to form syllables and words. Finally, they learn to grasp the meaning of words from context and to read words and sentences fluently.

If you want to teach your children to read, there are many effective strategies that can help boys and girls on their way to learning to read. However, there are sometimes stumbling blocks in acquiring reading skills, such as multilingualism or dyslexia.

The First Steps In Learning To Read: Recognizing Signs And Symbols

Learning to read is a complex process that requires a lot of time. Cognitive skills such as concentration, attention, memory, visual and auditory perception play an important role in learning to read.

Parents can start promoting these skills early – in a playful way and without any letters at all. Children are already attentive to signs and symbols in their environment in the first years of life.

They soon notice that certain signs repeat themselves and are assigned a certain meaning. When they finally recognize that the sign with the two children on the swing stands for the playground, the first big hurdle in learning to read has been taken.

Learning to read signs brings children into contact with our complex written language for the first time, and their interest is piqued. Somewhat later, they then deal with individual letters that appear in their name, for example.

For the first time, they try to associate a sound such as (A,E) with the corresponding letter.

When your child enters elementary school, he or she learns many essential skills such as reading and math. Learning to read is especially important for children’s social skills. They also suddenly have access to a world of knowledge that was previously hidden from them.

But how do children learn to read? What steps are necessary so that your child can soon read effortlessly? There are a total of four steps that are particularly important when teaching children to read:

How Do Children Learn To Read: Step By Step

When learning to read in elementary school, children first deal with the different sounds. They learn to distinguish nonverbals from verbals, vowels from semivowels, and voiced from voiceless consonants.

If you want to teach your child to read, it’s a good idea to practice with so-called phonetic tables, which you can download free of charge from the Internet. This is a fun way for children to learn that letters stand for verbal sounds that are heard and pronounced.

But how do children learn to read with the help of singing? Vowels can be sung, while consonants, on the other hand, cannot. This can be illustrated visually by explaining to the child that vowels live in “red houses,” for example, and consonants live in “blue houses.”

Another important step on the way to learning to read is getting to know letters. Sounds are written with the help of letters and with them words and then whole sentences are formed.

Letters are learned step by step. It is best to start with the vowels. Since letters can be very similar in their graphic design, it is important not to practice more than one letter per learning unit.

For learning the letters, there are also a variety of creative games and learning strategies. that promote concentration. For example, you can show your child the letter, name it, and then ask what the letter reminds them of. Teaching children to read works best with all of their senses. Get some play dough and use it to model the shape of a letter.

After your child has learned all the letters, he or she will learn to read syllables. This involves connecting letters together. So there should be less emphasis on memorizing the alphabet and more on reading whole syllables.

Let your child try this out at an early age and you will see how much fun it is. If you want to teach children to read, it is best to start with syllables made up of two vowels, such as “ua” or “oa”. The next step is to continue with closed syllables such as “am” or “ol”.

After that, it’s the turn of open syllables such as “la” or “ma”. After your child has learned to read syllables, the first small words can be read coherently. “Mama”, “Mimi”, “Grandma” and many other words can now already be read.

Your child is now at an early stage of reading comprehension. Now the question arises, how do children learn to read and how do they acquire an understanding of what they read at the same time? Text comprehension can be supported by having children connect the word to a picture.

Another recommended learning strategy for learning to read is to correctly match pictures and labels that are mixed up. Even though your child now knows all the letters, can read syllables, and is able to read first small words, letters and their graphic features should continue to be practiced at this stage.

Also interesting:
Sleeping Through The Night In Young Children: A Maturation Process In The Brain

In the next stage, children practice reading words and sentences fluently. At this stage, you should give your child plenty of time. When learning to read first words, the child’s reading speed is slow. At first, they read in syllables, and the meaning of the word they read is often not immediately apparent.

Only gradually will your child learn to read already known words faster and more fluently and slowly begin to grasp the meaning of the word from the context. The number of known words, as well as the reading speed now, increases every day.

However, this does not mean that the learning process can now be accelerated. The pace of learning the alphabet should be maintained because each new letter is still very complex for the child.

How Do Children Who Grow Up Multilingual Learn To Read?

We live in a multicultural and globalized world. Therefore, many children grow up bilingual or multilingual. But how do children who grow up in a family with different languages learn to read? Children have a very special talent for learning languages.

They orient themselves to the language spoken in their environment and are thus capable of learning any language in the world. Approximately until the age of 7, children effortlessly learn every other language. Many experts today believe that bilingualism can have a beneficial effect on a child’s development.

In most cases, children quickly become proficient in both languages. Sometimes, however, there can be a delay in language development. Children may mix the language, use the wrong words, or the sentences they form may be grammatically incorrect. Learning to read for children growing up in a multilingual family can be particularly challenging.

Also interesting:
Permanent Teeth: In What Order Do They Come?

Teaching Children To Read: Potential Stumbling Blocks Such As Dyslexia

How do children learn to read who have been diagnosed with so-called dyslexia? For beginning readers, reading errors are normal and common. However, if these problems persist after the child understands the principle of reading, it could indicate a reading disorder.

Reading/spelling disorder, also known as dyslexia, refers to significant difficulties in acquiring the ability to read and beyond. However, these should not be attributed to below-average intelligence, mental illness, brain damage, or lack of schooling.

When teaching children to read, there are a number of errors that could indicate a reading and spelling disorder(LRS):

How do children learn to read who have such reading difficulties? First of all, it is important to know that children with a reading and spelling disorder have normal intelligence and often have special talents. Only in the area of reading and writing there are difficulties. The causes of this specific learning disorder are particularly varied.

In order for children with reading difficulties to learn to cope with this weakness, a diagnosis should be made by an expert as soon as possible and therapy should be started. Teaching children to read, practicing on the symptoms and strengthening self-esteem are the focus of professional learning therapy. 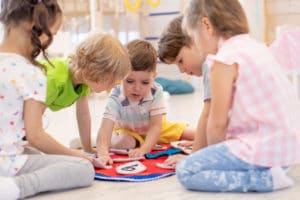