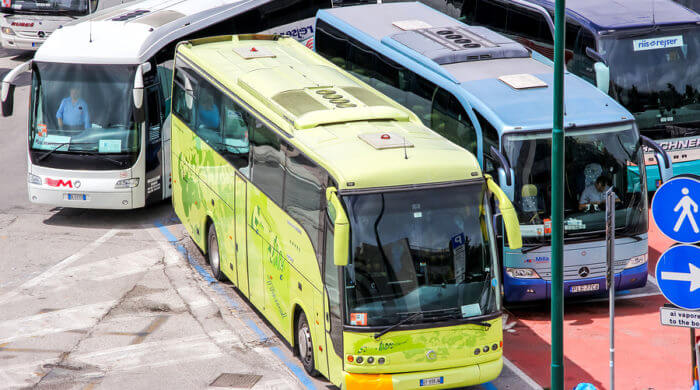 In the last few years in Germany, Long-distance buses have become more and more popular. With them, you can travel to very many cities in Germany or even abroad. This goes down well with many travelers, because the prices for trips by long-distance bus are much cheaper than, for example, for a trip by train. But in Cologne, these buses are now no longer allowed into the city center.

New Station For The Buses Is Now The Airport

Also interesting:
Xavier Naidoo Is Not Going To The ESC After All

Allegedly, The Buses Are Trying To Cause Traffic Jams

The reason given by the city of Cologne is the increased risk of traffic jams caused by these buses. However, one can not really understand this, because there are not so many on the road at the same time. If you want to use the long-distance bus now, you first have to take the train to Cologne/Bonn Airport. The journey there takes about 15 minutes. But the bus companies do not want to put up with this yet and have now filed a lawsuit against this decision. Until now a court decides, no more buses will run from Cologne at all. They now prefer to drive in the neighboring city of Cologne, in Leverkusen on and off.

Long-distance buses are modern coaches that serve many cities in Germany. There are also bus lines that go as far as abroad. Among people, long-distance buses have become very popular in recent years, because the prices are much cheaper than, for example, the train.

The Cologne/Bonn Airport is an international commercial airport and is located on the southeastern outskirts of the city in Cologne-Grendel and to some extent in Troisdorf. It is about 15 km from Cologne city center and about 16 km in a northeasterly direction from Bonn city center.