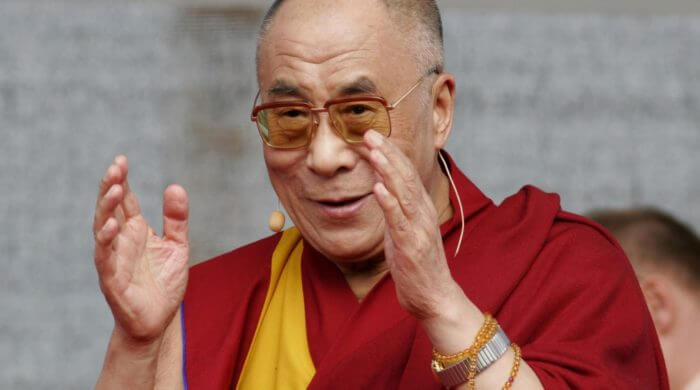 In Wiesbaden, there was a crowd of people on Sunday that had not been seen for a long time. Thousands of people stood along the streets and took photos. Some people could think that a famous pop star was driving through Wiesbaden. But the reason was the visit of the Dalai Lama.

For Many People A Real Role Model

The Dalai Lama has been campaigning for the people of Tibet for many years. They are not doing so well there. They are very poor, have few schools and the people there live in very poor conditions. The Dalai Lama, therefore, tries to improve the lives of the people there and this completely without war and violence. Therefore he is also a role model for people in other countries and the joy is great when he comes to visit another country.

Speech In The Kurpark Of Wiesbaden

More than 7,000 people came to the Kurpark in Wiesbaden on Sunday in great weather. There the Dalai Lama held a speech, for which many people had waited full of curiosity. Among other things, he also said something about the current crisis of Greece and the behavior of the EU states to this problem. He warned that money should not always be in the foreground, but peace between countries is much more important. Europe can thus be a model for other continents in the world. He said that all seven billion people that exist in the world are all equal.

On July 6, the Dalai Lama turned 80 years old. Therefore, important politicians also gave a speech in his honor. The Dalai Lama, who is also a Nobel Peace Prize winner is, is considered by many to be a symbol of non-violent resistance. People in Tibet have to cope especially under the strict government of the Chinese because Tibet is a region of China and people are often oppressed.

Wiesbaden is the capital of the state of Hesse and is located directly on the Rhine River. Wiesbaden has about 283,000 inhabitants and is the second-largest city in Hesse.

The Dalai Lama Buddha is the most important person for all Buddhists in Tibet, similar to the Pope for the Catholics. The people who believe in Buddha also call the Dalai Lama “His Holiness”. The region of Tibet belongs to China and is known for its high mountains, such as Mount Everest.

A Nobel Peace Prize Laureate is a person who has made special contributions to the preservation of peace. The Nobel Peace Prize has been awarded a total of 128 times since its inception in 2001 until 2014. It was endowed by the Swedish inventor and industrialist Alfred Nobel.