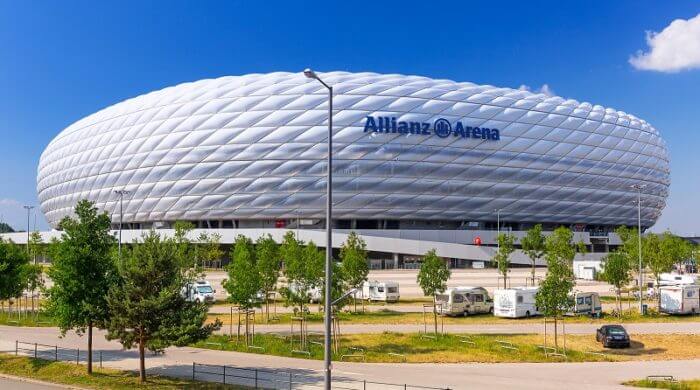 After a spectacular comeback, FC Bayern has finally reached the semifinals of the Champions League reached. Against FC Porto, the German team Record champion a world-class performance, especially in the first half, and deserved to win 6-1 Second leg Munich even had to do without their two top stars Arjen Robben and Frank Ribery, who had to miss the game due to injury.

A Phenomenal Comeback At The Allianz Arena

Bayern knew that they would have to score a lot of goals in this game to still reach the Semifinal to achieve because the first leg in Porto was lost with 1-3. So the starting position was conceivably bad and so the Bavarians showed from the beginning who is the master in the house and played very offensively. The early goals of Thiago (14th minute), Boateng (22nd), and Lewandowski (27th) decided the game already in the first half-hour. Thomas Müller (36th) and once again Lewandowski (40th) ensured before the Half-time whistle for the decision. After the break, Bayern took it a little easier, perhaps even too easy. For a long time, nothing happened, until Jackson Martinez in the 73rd minute headed the ball past Manuel Neuer for 5-1. Bayern was warned because with a 5-3 Porto would have gone further, so it was Xabi Alonso who finally closed the bag with his 6-1 in the 87th minute.

Today Will Be Drawn, Against Whom It Goes For Bayern In The Semifinals

Today is drawn at 12 noon, who plays against whom in the semifinals of the Champions League. Bayern’s possible opponents are FC Barcelona, Real Madrid, and Juventus Turin. All tough opponents, but there are no more easy opponents on the way to the final, which will be held in Berlin this year. If Bayern could win the Champions League title this year, it would be the 6th title for the club, having already won the Champions League in 1974, 1975, 1976 (when it was still called the “European Cup of National Champions”) and in 2001 and 2013.

FC Bayern is the record champion of the German Bundesliga because the club has won the championship 24 times – more than any other club.

In the Champions League, except for the final, the teams always play each other twice, so there is a first leg and a second leg, once away at the opponent’s home and once at home in their own stadium.

A soccer match lasts 90 minutes and is divided into two halves, each lasting 45 minutes. There is a break of 15 minutes after 45 minutes.