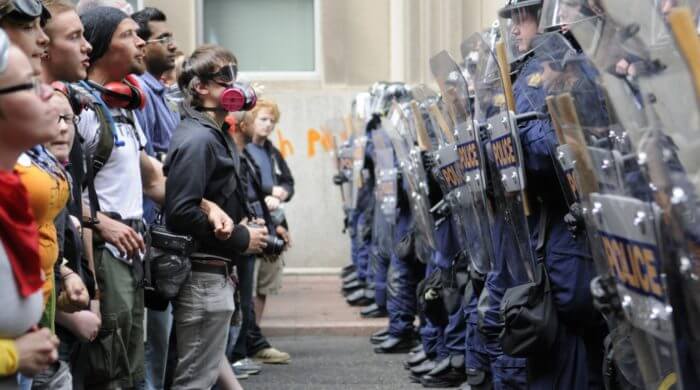 On June 7 and 8, the G7 meeting will take place at Schloss Elmau near Gamisch-Patenkirchen. The security precautions already resemble the State of emergency. The police will be on-site during the meeting with thousands of police officers to protect the meeting. But also the Demonstrators have planned a lot – even if they were forbidden many things in advance.

The G7: An Association Of The World’s Most Important Industrial Nations

Police On The Alert: Riots And Violence Feared

Every time the G7 meets, there are protests. This has been the case ever since the G7 came into existence. The protesters are mostly peaceful and just want to make it known that they have a different opinion on many things than the governments of the G7 countries. However, many others come to riot and get into fights with the police and disrupt the meeting. The police and the state of Bavaria here have tried a lot in advance to prevent the demonstrators from coming. Among other things, a meadow, on which a Camp of demonstrators was supposed to be, was indicated as being at risk of flooding, so that the demonstrators could not camp there. In this way, the state is preventing people from expressing themselves freely by restricting their ability to do so.

Demonstrators are people who make their opinion known against something or someone.

A Camp (pronounced: “Kämp”) is a large place with many tents.