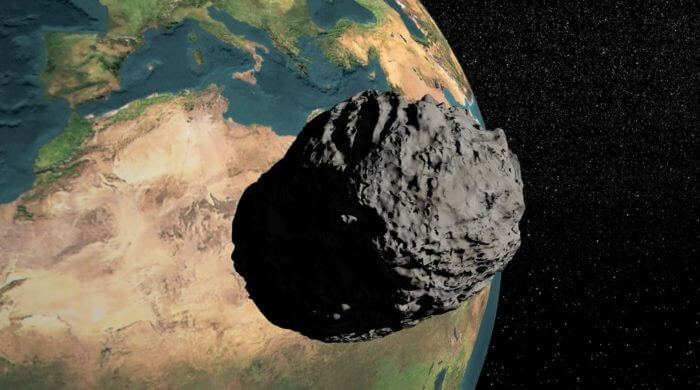 During research work in the south of the continent, Australian researchers from the Australian National University have discovered traces of a previously undiscovered meteorite impact. They had discovered rock tracks in the sand during excavations and made further measurements. They suspect that the meteorite crater found is the largest impact discovered to date.

The researchers suspect that the meteorite broke into 2 parts at that time before the impact. Each half had a diameter of 10 kilometers and was thus as large as a small town. Such an impact, scientists say, must have spelled the end of many life forms on Earth. The bumps deep in the Earth’s crust, which the researchers discovered, are more than 400 kilometers wide.

A New History Of The Earth

The impact could change theories about Earth’s history, researchers say. They don’t yet know exactly when the meteorite crashed to Earth; the tracks in the Earth’s crust are the only visible signs that it existed. However, the rock around the crater can be dated to 300-600 million years ago.

Also interesting:
Chatting With Smileys And Co. For Kids

Thousands of meteorites fall to Earth every day. They are either tiny and land in uninhabited areas or they burn up in the Earth’s atmosphere. Meteorites are boulders from outer space. Almost all of them originate from the Asteroid Belt between Jupiter and Mars. When they collide, they often flow through space for many millions of years until the gravity of a planet catches them.

Mars and Jupiter are distant planets.

An asteroid belt consists of many pieces of rock and flies around the planets.

Australia is a continent in the South Pacific Ocean.

The earth’s crust is the outer solid shell of the earth.