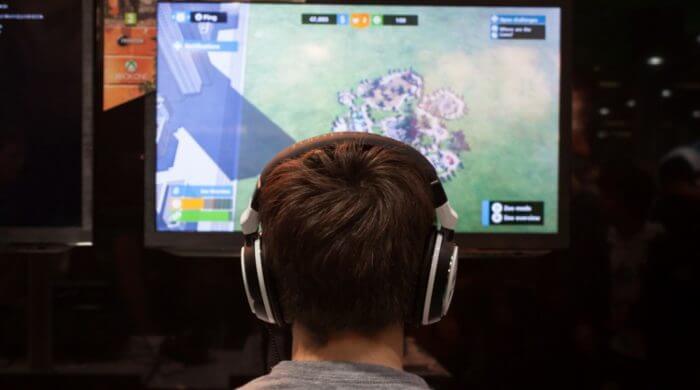 You’ve probably played on a PC or console before. For many children, these things have a magical attraction. If you enjoy it, there’s nothing wrong with it. But only as long as you don’t overdo it. This article deals with the boundaries between normal gaming and computer game addiction.

Being Addicted – What Does That Mean Exactly?

People who are addicted lose control over themselves. When playing PC games, for example, they can’t think about anything else. All thoughts revolve around what the next game might look like. Even in dreams, addicts do not stop playing. They don’t just play because they enjoy it, but because they can’t help it.

How Many People Are Addicted To PC Games?

Exact figures are not yet available. But scientists assume that up to 10 out of every hundred young people are affected. Most of the game addicts are boys.

Most often, the addiction arises because the addict is missing something in life. Some have a problem they can’t solve. Others are lonely and feel better if they can distract themselves from gaming. Strokes of fate, deaths in the family, or separations sometimes also lead to addictive behavior. By the way, one speaks of a stroke of fate when something bad happens to you. An example would be when someone loses their job. Many people enjoy living in the fantasy world because they can escape the real world in this way. These are usually people who are unhappy and dissatisfied with themselves.

To console themselves, affected people often start gambling. Others drink a lot of alcohol or smoke cigarettes. When playing PC games, very similar things happen in the brain as when drinking alcohol. Very few addicts succeed in helping themselves. That is why they depend on the help of their relatives. How computer game addicts can get well again, you can read further down in this article.

Most of the time, those affected know that their gaming behavior is no longer healthy. Sometimes, however, they do not want to admit it to themselves. They then claim that everything is fine. If you ask them about their gambling, they react irritably. Because they spend 4, 8, or more hours in front of the PC every day, the nature of the addict also changes. They withdraw, talk less and in the worst-case hardly go outside. They become moody and sometimes even scold. Over time, some addicts even become afraid of situations in which they meet other people.

Spouses or significant others of addicts often can’t stand the change in their loved ones. But even a breakup doesn’t stop the addict from continuing to gamble. Nothing seems to matter to him anymore except gambling.

Especially quickly one becomes addicted to so-called multiplayer role-playing games. These are games in which you have to master tasks with other players over the Internet. Role-players spend an average of about 30 hours a week playing.

The worst effects of gaming are on one’s job and relationships with friends and family. However, gaming not only results in breakups but also puts a strain on health. When gamers sit in front of the PC at night, it affects their day-night rhythm. This means that at some point they can no longer sleep. This is called insomnia. Similarly bad is that gamers usually eat a very unhealthy diet. Chips, cola, and pizza in large quantities worsen their well-being. Many become fat because they just sit for hours and eat unhealthy food. Other complaints include back pain and headaches.

Tips And Tricks For PC Gaming

Checklist: Am I A PC Game Addict?

Not everyone who likes to play games is addicted. It is dangerous when playing becomes a compulsion that you can no longer control. Anyone who plays for several hours a day could already be addicted. People who are naturally moody, have low self-esteem, or have little control over themselves are more prone to PC game addiction than others. The following checklist should help you and your loved ones to assess yourself.

If some of these points apply to you, you may be addicted to computer games. But to know for sure, you should talk to a therapist about it.

It’s a long road before addicts get help. When the time comes, you have to act very quickly. A call to the telephone counseling service can serve as first aid. There you will find out what you should do next. In Switzerland and Austria, you can reach the telephone counseling service by dialing 147. In Germany, you can dial either 0800/1110111 or 0800/1110222. You don’t have to be afraid of high telephone charges. Counseling at the Telefonseelsorge is free of charge.

The experts at Telefonseelsorge will advise you to do psychotherapy. This means the following: In the therapy conversation, you will tell about your feelings while gambling. Together with the therapist, you will get to the bottom of the cause of your addiction. It will take a while until you feel better. Be confident: it will still pay off!

If you find it very difficult to stop gambling despite therapy, there are other ways. Some clinics specialize in treating computer game addiction. Teenagers and adults with computer game addiction stay there for a few days or weeks. You don’t have to be afraid, though, because you’ll usually enjoy the program at the clinic. You will learn what else you can do except play games. In the process, you’ll get used to a normal daily routine and learn how to deal with your addiction. Many addicts are helped by contact with other people who have the same problem.

2) How can addicts get help? Write your solution here.

3) Write down here what health consequences computer gaming can have for addicts.

4) In groups, design posters with tips for computer gaming. Come up with some advice about this.